We use affiliate links and may earn commission from purchases made through those links.
Home / Sensory / Early Learning / Exploring Water Beads 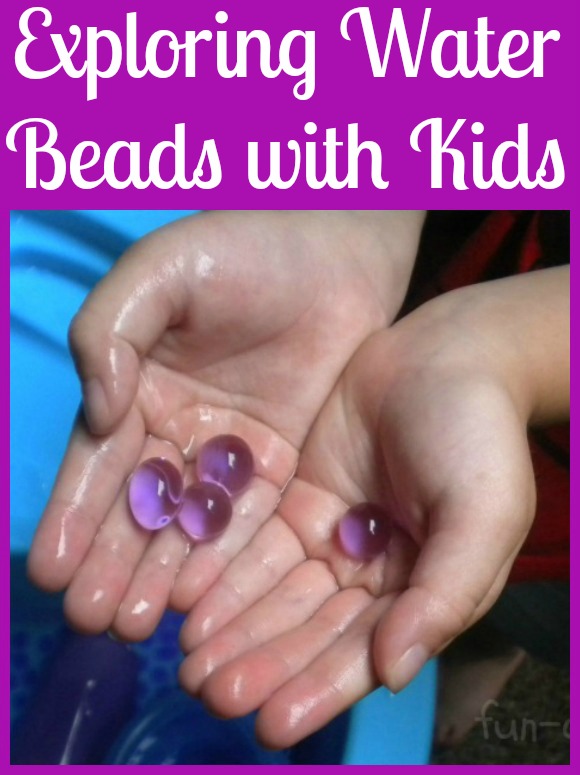 Ever since I heard of using water beads in a sensory table, I’ve been dying to introduce them to the kiddos.  A couple of weeks ago, I taught a week of summer camp at my preschool.  What a perfect time to experiment with the water beads!  Engineer was in my camp class, and he adored playing with them.  So much so that he’s been asking for them at home.  I wonder if my son realizes he’s enabling my need to play with new things? 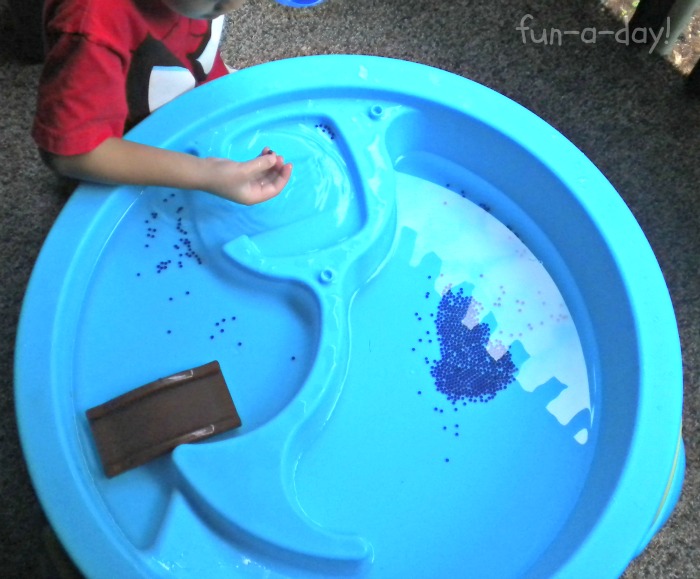 You can find packs of water beads in the floral sections of craft stores, Wal-Mart, etc.  The pack I bought described the water beads  as “non-toxic polymers that hold 100 times their weight in water”.  It should be noted that they’re meant to be used in flower arrangements, not play/education.  Of course, part of playing and learning is about examining all sorts of materials!  I set some basic guidelines about playing with them — the biggest being “don’t eat the water beads!” 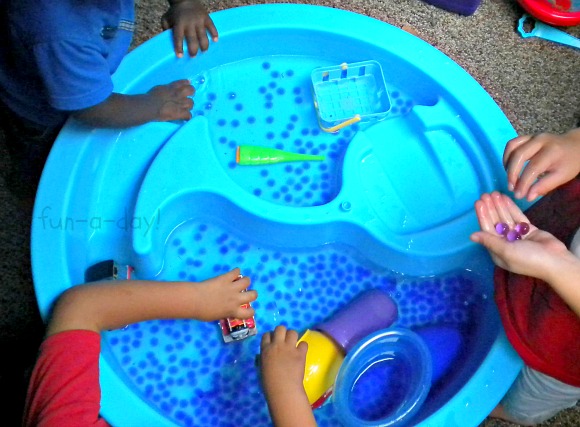 Engineer and I cleaned out the water table, added fresh water, and dumped a package of water beads in about 8:30am.  Snoopy and Little Hurricane arrived about 9:00am and immediately went to check it out.  They played out there for about an hour (when we had to rush to swim lessons because I wasn’t paying attention to the time).  So the kiddos had to wait until after lunch to get their hands on the water beads again. 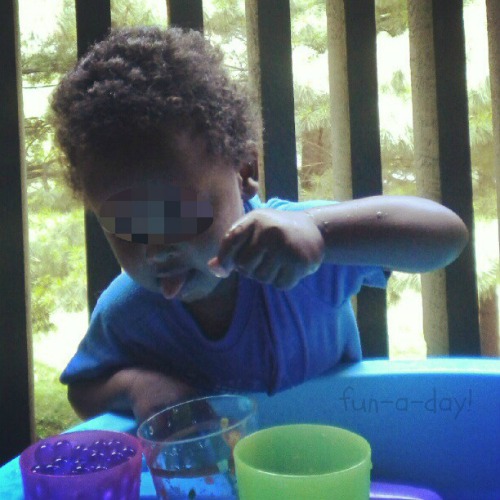 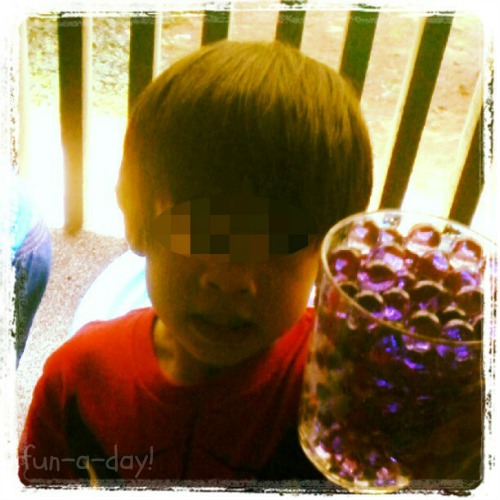 I heard so many great observations during this time:

Being who I am, I enjoyed asking them questions about why they thought the water beads roll, why one is bigger than another, etc!  Engineer has already asked if he can play with the water beads all weekend, so I’m going to come up with some other ways to experiment with them!

Have you played with water beads yet?  What did you and your kiddos think of them?