We use affiliate links and may earn commission from purchases made through those links.
Home / Early Learning / Science / Frozen Jewels {A Skylanders Party Game} 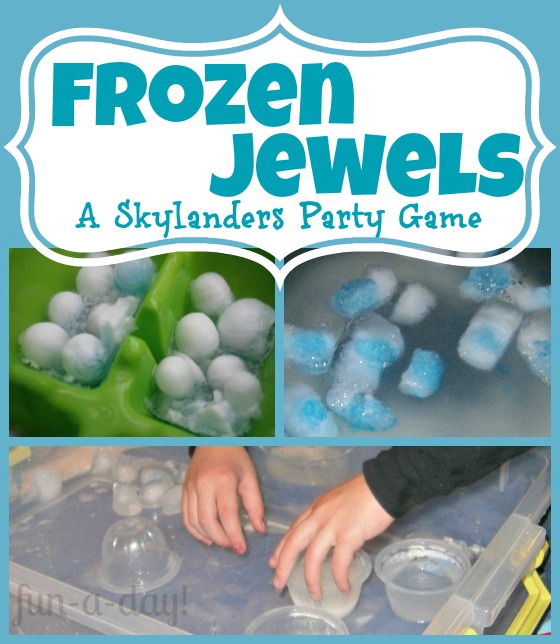 Engineer recently turned 6 and really wanted a Skylander birthday party.  Keep in mind, this is a very new  interest of his, which means I knew hardly anything about it!  While I was “researching” some ideas for his party, I came across a variety of Skylanders party games and birthday ideas.  One of my favorites was Plucking Daisies’ Slam Bam’s Ice Prison Smash.  Amy of Plucking Daisies did an amazing job with this game, but I wanted to go with something a lot simpler (mainly because I’m not as crafty as she is).  That’s how my “Frozen Jewels” were born!

Since we are way too into water beads at my place, we usually have a supply on-hand.  I grabbed some ice cube trays, plopped a large blue water bead in each compartment, and covered the water beads in water.  Then into the freezer they went!  I brought them out after the kiddos were done with pizza and cake at Engineer’s birthday party.

Since it was raining at the time, we couldn’t do this activity outside like I’d originally planned.  So I threw some towels on the floor of the living room and placed the ice cubes into a plastic container.  I told the kids that there were sapphires frozen inside each ice cube; that it was their mission to get as many sapphires out of the ice as possible.  Many of the children didn’t know what sapphires were, so I explained they are a kind of jewel from the Skylanders games.  It was easier to call them “frozen jewels” at that point, although some of the kids called them “frozen pacifiers”. 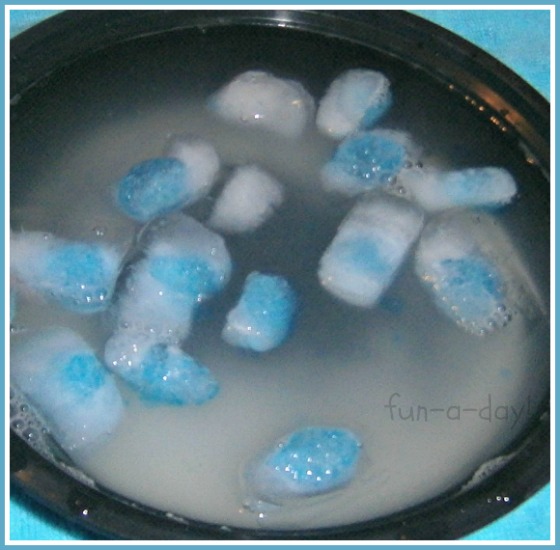 The kiddos were really into this activity!!  They asked for bowls of water to help unfreeze the jewels, and a lot of time was spent scooping water onto the ice cubes.  Of course, then many of the kids decided just to dump the ice cubes into the bowls of water.  Pretty smart on their parts!

After a bit, Engineer asked, “Mama, what’s that white stuff?  That makes the ice melt faster?  Pepper?”  To which I replied, “do you mean salt?”  “YES!  We need some of that right now . . . pleeeeease!?”  So I brought them little bowls of salt to use on the ice cubes.  Some of the children added the salt to the bowls of water that had ice cubes floating in them.  Others just buried ice cubes in the salt. 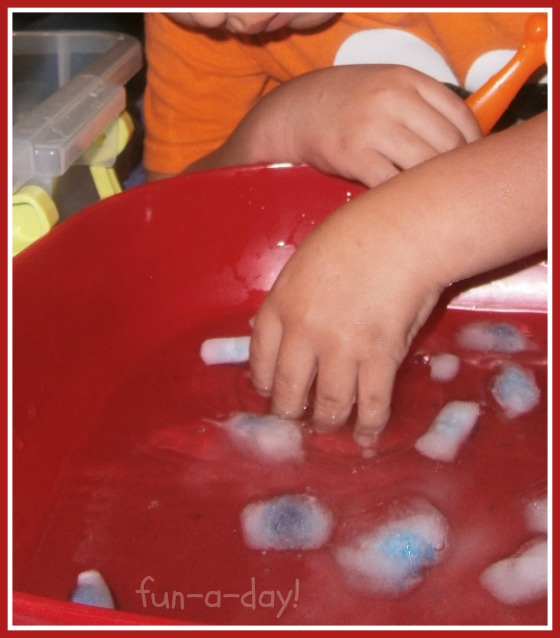 Each child was ecstatic when (s)he freed a jewel from its frozen jail.  They’d shout, “I got one!”  They all wanted to take their jewels home, which isn’t something I’d considered.  I ended up grabbing plastic baggies for each child so the water beads could go home with them.  I also gave them some extra water beads from the seemingly never-ending stash we have.  This brought a lot of smiles my way!

Once all of the “jewels” had been rescued, some of the children wanted to do this activity again.  Since I was all out of frozen jewels, we decided to freeze batches of water beads.  They looked really cool as they emerged from the freezer!  The boys and girls enjoyed the feel of the frozen water beads — ice cold and bumpy.  They redid the game using these frozen jewels, which was even more exciting.  I’m definitely going to try this again later as a summertime sensory activity! 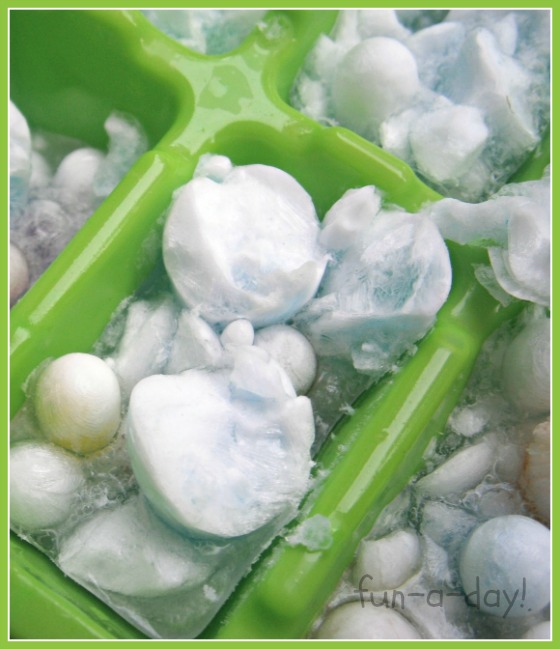 After the kids were completely done with the frozen jewels, we moved onto a few more Skylanders party games.  I’ll share more of them in the next day or two, as I’ve rambled long enough!  Before I go, I wanted to share some of the Skylanders-themed birthday party ideas I found.  I was inspired by Plucking Daisies, but it’s always nice to have other ideas to come back to:

Preschool Teacher 101 has created some amazing preschool lesson and activity plans that will be perfect for your classroom. Click on the images below to learn more about some of our great resources.