Kids love learning about letters in fun, engaging ways! So why not combine baking soda and vinegar with a “secret” ingredient to create some fun abc learning for kids! 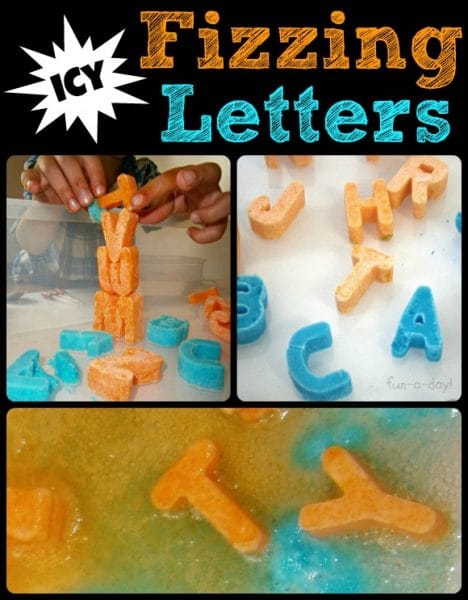 ABC learning for kids that uses science and hands-on play

I found these alphabet ice cube trays, as well as their numbers counterpart, when I was cleaning out a closet recently.  I’ve had them for sometime, but it’s been a while since I used them!  So I was excited to incorporate them into a science activity.  I thought it would be so much fun to make fizzing letters! 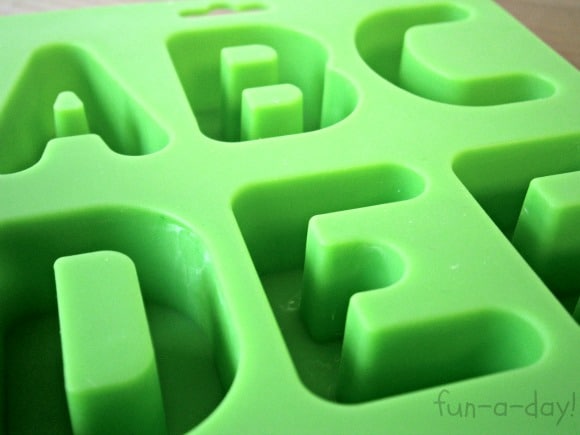 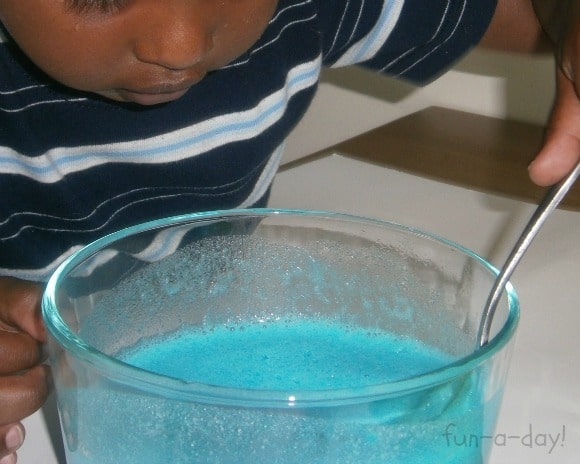 One note — It’s best to make the mixture kind of like a paste.  If it has too much water in it, the icy letters turn out a little too soft.  This makes it difficult to remove from the ice cube trays.  If the mixture seems too liquidy, just add more baking soda until it’s pastier. 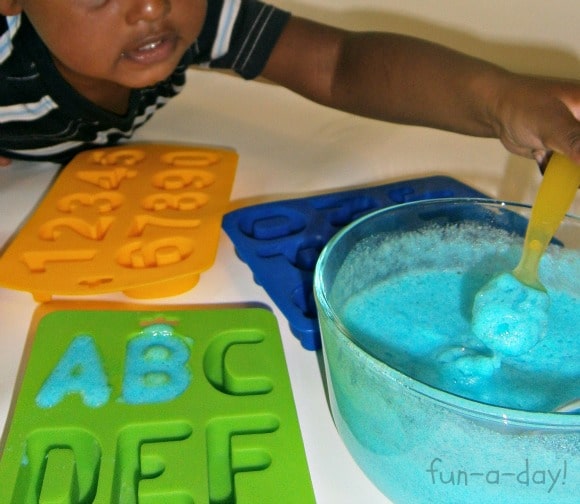 Little Hurricane went down for a  nap before the ice was fully frozen, but he’d helped out with his favorite part anyway.  Snoopy and Engineer came home and seemed pretty excited when I told them I had “fizzy letters” for them!  Neither of the boys had any idea what I was referring to.  They’re used to my random activities and experiments, so they didn’t even bat an eye. 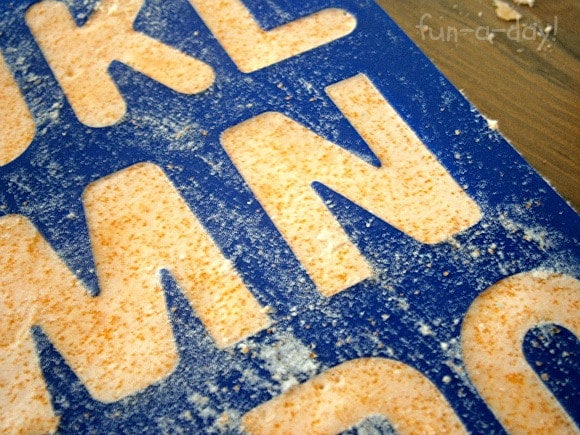 I popped the letters out into a plastic bin on the kitchen table.  Bowls of vinegar, measuring spoons, and eyedroppers.  Engineer and Snoopy just observed the frozen letters and numbers at first — poking at them, stacking them up, smelling them, and commenting about everything. 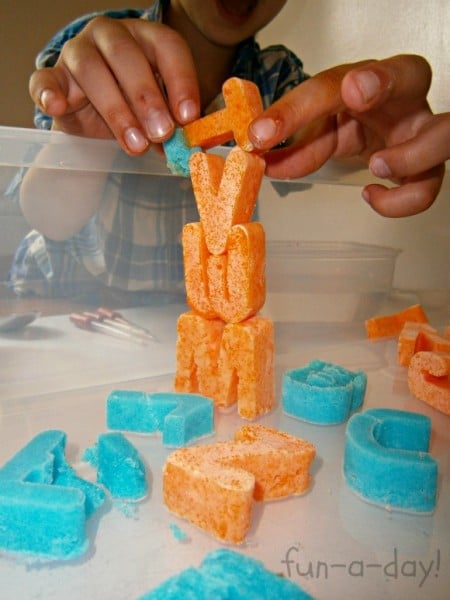 After about 10 minutes of this, they decided to see what happened with the vinegar.  They were SO thrilled when the letters started fizzing!  We’ve done these kinds of experiments quite a bit, but they never fail to be excited!  The boys spent about almost an hour making the letters, numbers, and cubes fizz and “melt”.  Each time they broke down a set, they requested more . . . until all of our fizzing ice was gone. 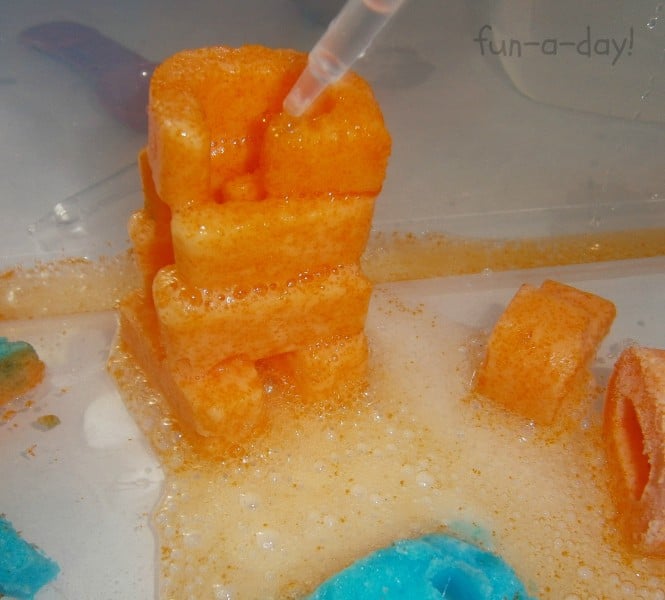 Some fun comments Engineer and Snoopy made during this activity: 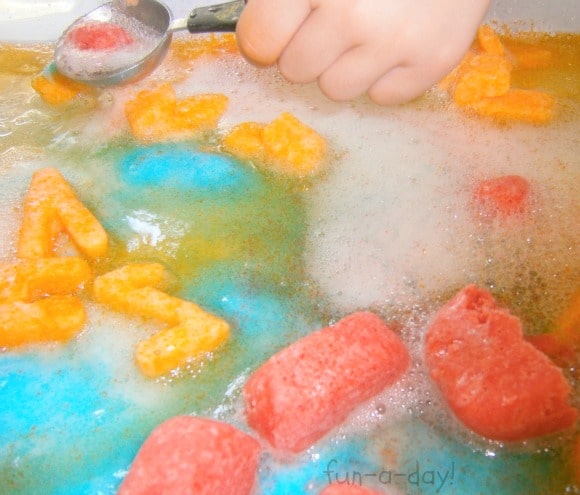 Of course, Snoopy and Engineer weren’t done yet!  They loved the “slime” at the bottom of the tub and wanted to explore it with plastic Skylanders (not the ones for the game, but some cheapo versions).  They added lemon Jell-O powder and glitter to the mix, thus creating a “sparkly, smelly swamp” for the Skylanders.  It was hysterical watching them cover the figures with “slime” and act out all sorts of silly stories! 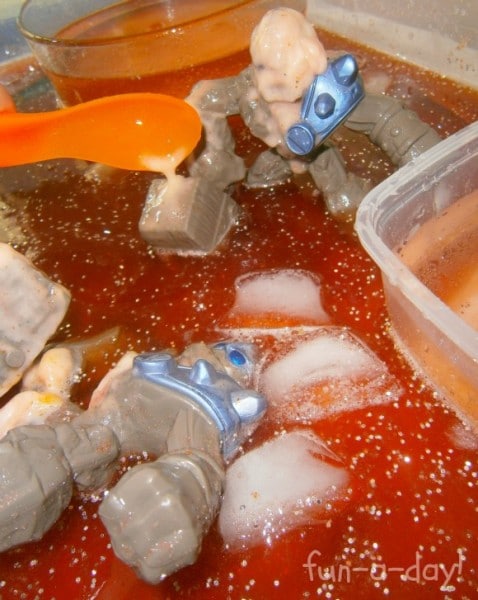 I loved how the icy fizzing letters included science, sensory play, literacy, math, AND pretend play!  So much learning packed into such a FUN activity for different ages!

As I was about to publish this post, a variety of other Jell-O/gelatin activities were showing up around the web!  Great minds think alike, I guess.  Here are a few such activities from blogs that I love: 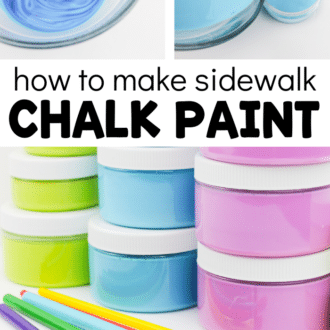