We use affiliate links and may earn commission from purchases made through those links.
Home / Early Learning / Science / This is Such an Awesome Star Wars LEGO Science Idea!

My son has been very interested in Star Wars for years, ever since his aunt and uncle took him to the Jedi Academy. He’s always been into LEGO, so imagine his reaction when he discovered LEGO Star Wars! I created this LEGO science experiment for his 7th birthday party.  He and his buds absolutely loved it, and we’ve recreated it many (many!) times over the years. 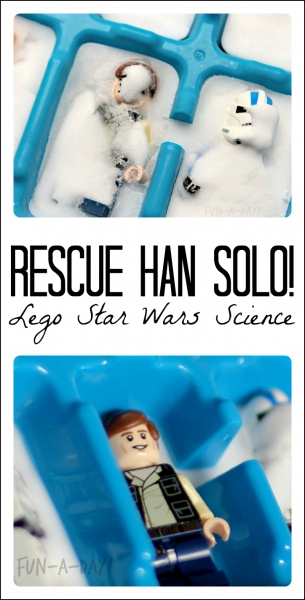 Engineer’s friends requested an “activity” for his birthday party, as they love the random experiments we do.  As I was striving to come up with something, I remembered Han Solo being encased in carbonite.  That, coupled with how much I loved our “exploding” pirate treasure chests, inspired this science activity. 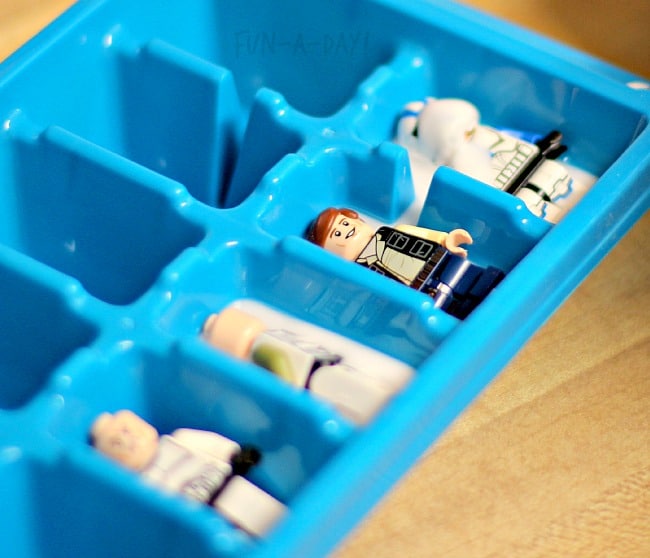 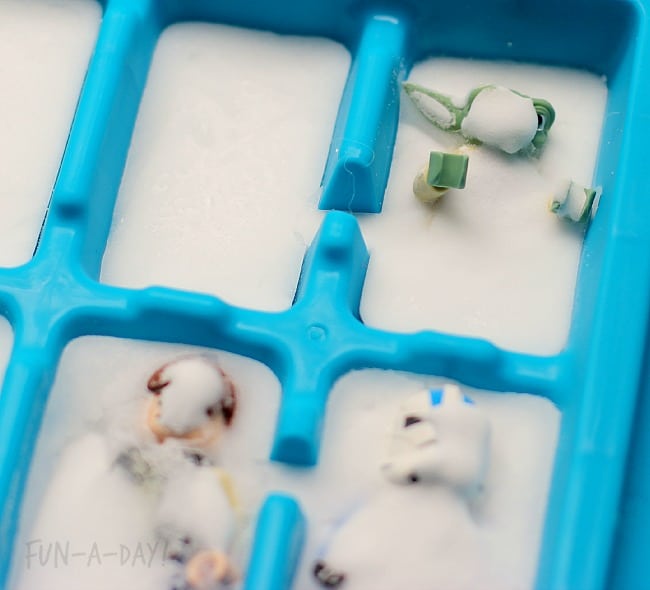 *Engineer and I made one tray using the basic mixture and one tray with blue Jello added to it. 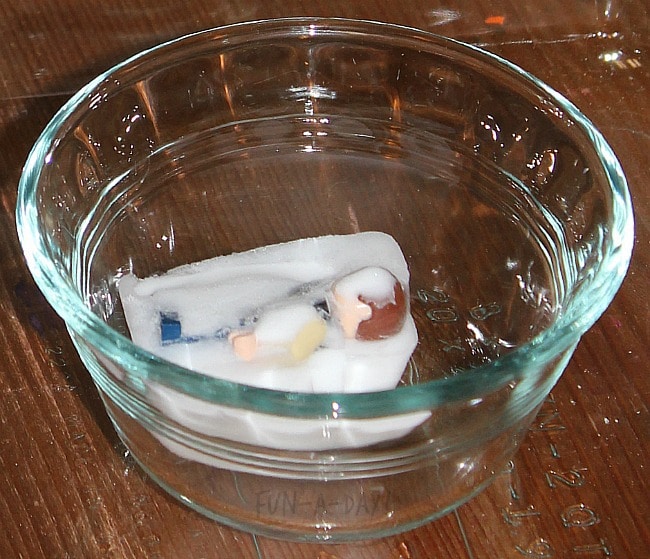 Despite the fact that we’ve done a variety of baking soda and vinegar experiments in the past, they never seem to get old!  To begin with, I placed one figurine in small glass dishes for each of the boys.  They happily spooned vinegar to rescue the Star Wars characters.  Once they’d saved all of the Lego figures from the basic white “carbonite”, they moved onto the Jello mixture. 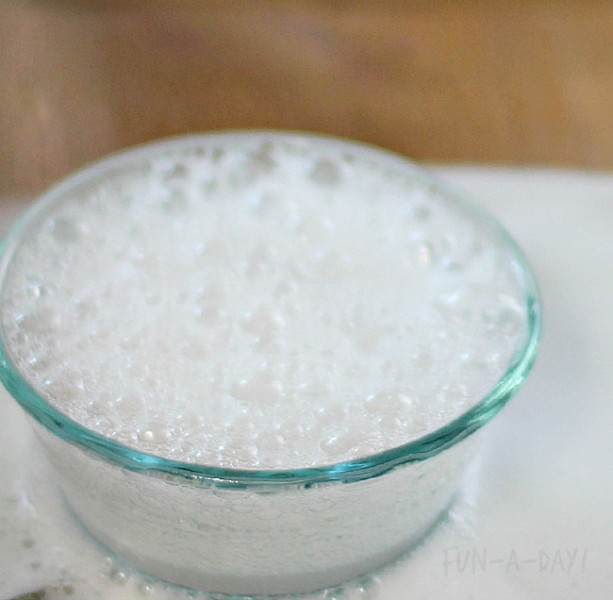 As they rescued more Star Wars characters, they became even more excited about the experiment.  This meant we had to move everything into a much larger tub.  I probably should have done that to begin with!  🙂  The boys used the vinegar bottles to pour vinegar over the remaining cubes.  Once all of them were melted, they began having fun with the vinegar and baking soda. 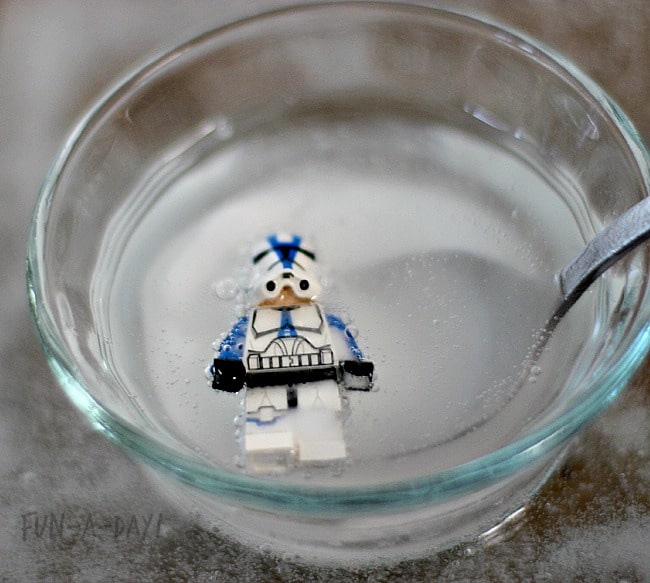 There were mini “explosions” from the vinegar bottles as they added more baking soda.  They dissolved into giggles when they realized shaking the bottles created funny fizzes.  Needless to say, I needed a couple of towels at this point!  The Lego Star Wars figures had fun in the “blue swamp” as they battled each other amid volcanic eruptions.

I loved hearing the stories the kiddos created as they played.  They definitely had a blast with this Lego science activity, and we only stopped because we ran out of vinegar! Engineer has already asked to try this again, and I’m sure it will be fun to do in the summer heat.

Ideas for Next Time

I will definitely be trying this science experiment outside next time.  The kids got so into it that there was a small disaster in my kitchen!  Since it was raining, though, there really wasn’t a better place for us to play.  Plus, a couple of towels cleaned everything up pretty easily.

I’ll also start everything out in a larger tub.  We used with small dishes at first, so each child could have his own space.  I should have known they’d end up combining everything anyway! 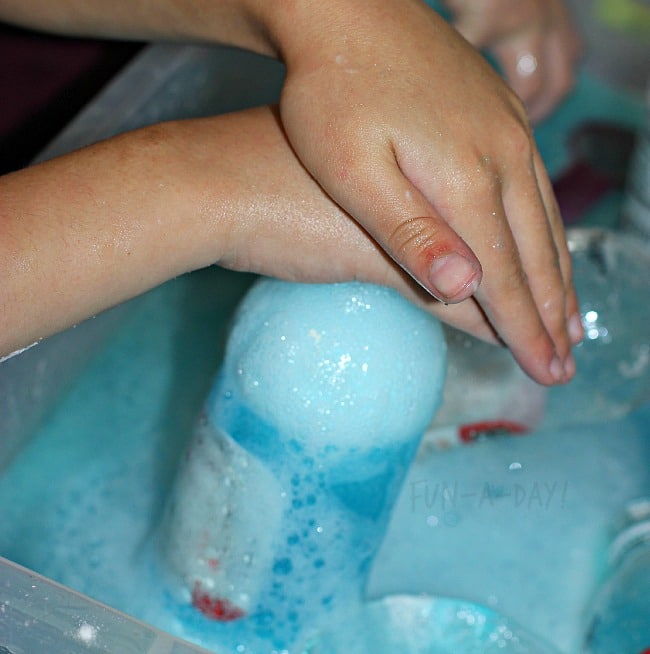 I plan on freezing a lot more figures next time, too.  Or at least make more frozen baking soda cubes.  It’s such fun for the kids, and I love encouraging their interest in science!

Do you have any Lego Star Wars fans at home?  Have you tried any Lego science experiments recently?  If so, I would love to hear about them in the comments below.  I’m sure Engineer would be interested in trying them out in the next month or two.