We use affiliate links and may earn commission from purchases made through those links.
Home / Early Learning / Star Wars Play for an Outer Space Theme

My son adores Lego Star Wars, so we do a ton of creating and playing with them! In fact, my son helped me create this Star Wars sensory small world that’s perfect for an outer space theme (or just because)! He’s been into the Death Star, specifically, so that’s what our small world is centered on. 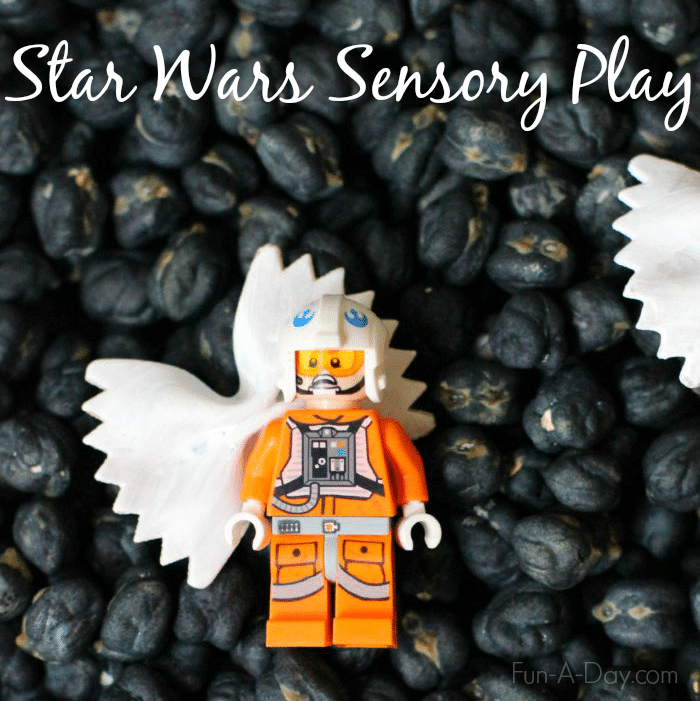 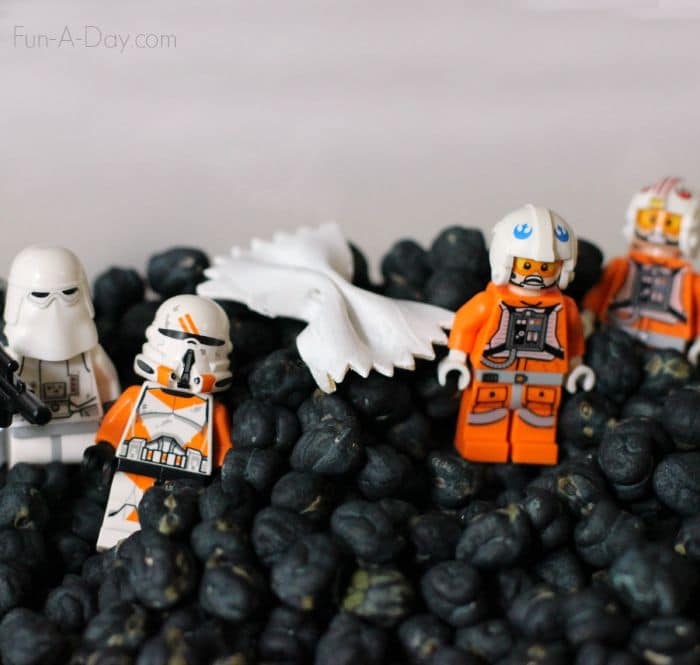 Prep
I colored the chick peas with watercolors like my “apples” and “pumpkins.” Engineer, my son, wanted to do this because he thought they’d look like mini Death Stars!

We painted the bow tie pasta white to represent the X-Wing Fighters. Obviously, they don’t look exactly like the X-Wings, but we used our imaginations! 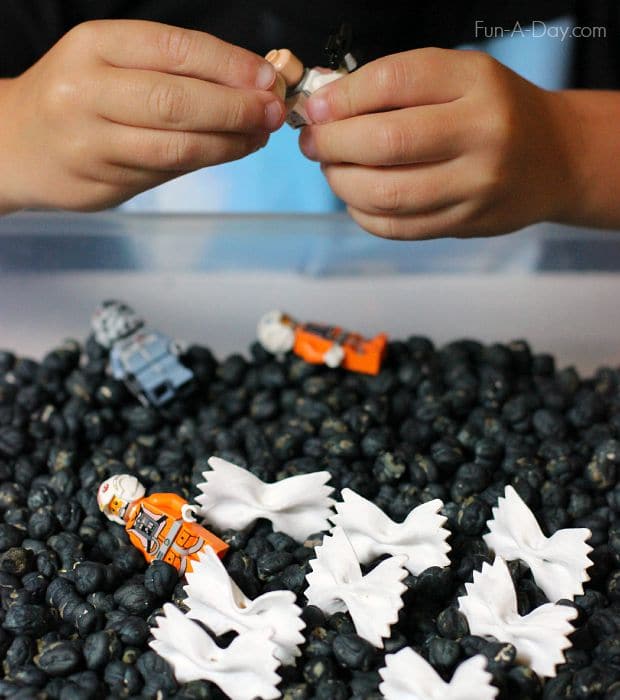 Then Engineer grabbed some Star Wars minifigures and added them to the mix. All in all, it was a very simple setup. So it turned out to be part sensory play and part small world play.

How to use
This is a very open-ended activity for the kiddos and children of different ages can get into it. Engineer used it more like a small world – telling stories as if they minifigures were piloting X-Wings (or trying to shoot them down). He alternately called the black chickpeas space and exploded pieces of the Death Star. 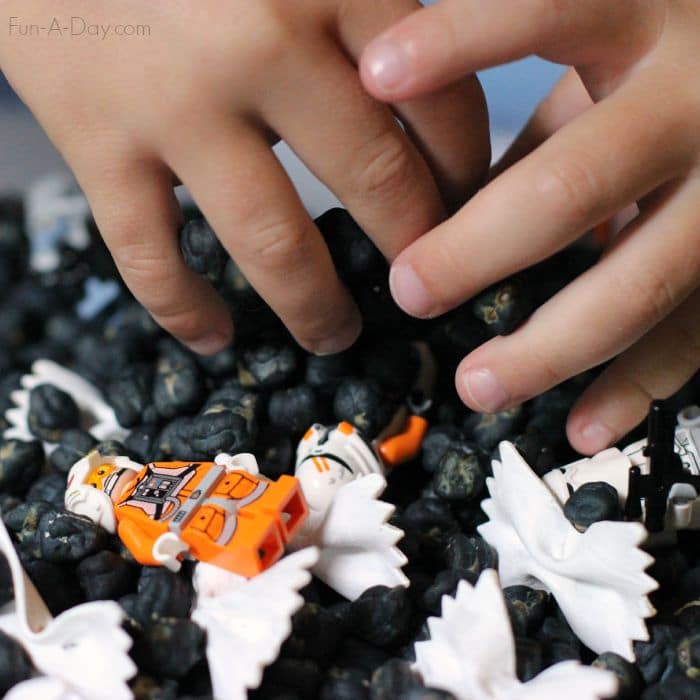 One of my former students, who’s five, used this more like a sensory bin. He liked running his hands through the chickpeas, picking them up and dropping them down. He did make up some funny stories about people floating in space and being attacked by tiny Death Stars.

Do your kids/students enjoy an outer space theme? Would they like getting into this Star Wars bin? 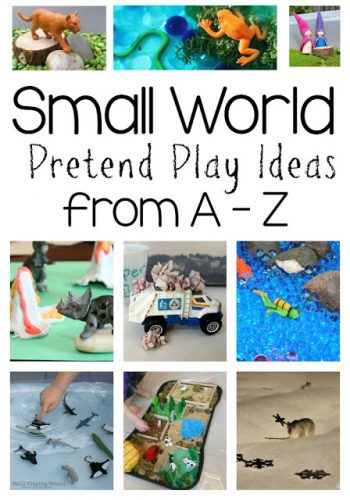 This post is part of Still Playing School’s Small Worlds from A to Z series! Be sure to head over there and see what other small world goodness is happening! 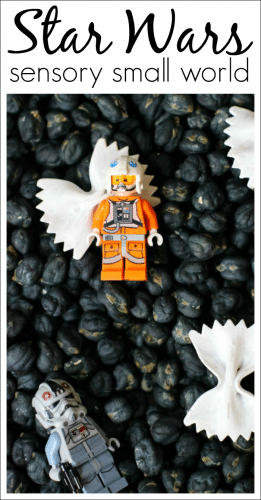