We use affiliate links and may earn commission from purchases made through those links.
Home / Early Learning / Summer Games for Kids: Bowling with Coconuts

The kids and I had a blast during last week’s Island Aloha summer camp!  One of the items we explored during the week was coconuts.  We painted with them, broke them open, explored the coconut milk, and tasted fresh coconut.  In addition to all that, we used them to bowl! When we first explored coconuts, a few children mentioned that coconuts looked a little like bowling balls.  Those comments, coupled with Learn Play Imagine’s Ice Bowling activity, were the inspiration behind our coconut bowling fun. 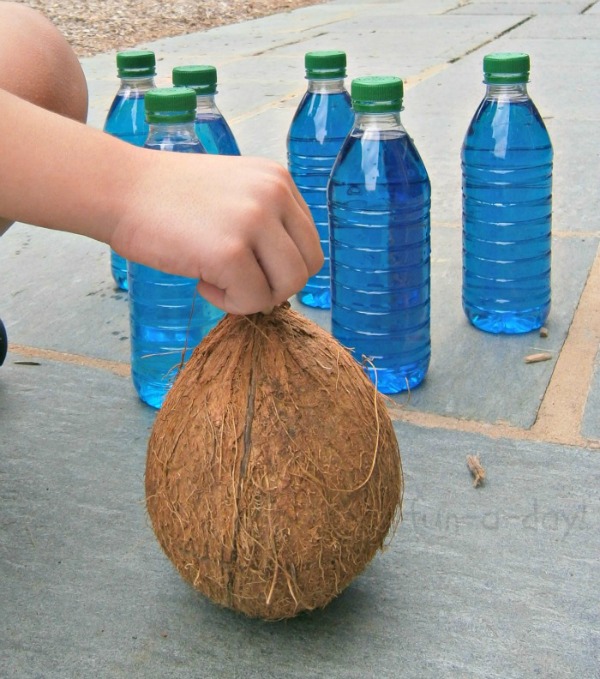 Engineer helped me fill six plastic bottles with water for the “bowling pins”.  We added a few drops of blue food coloring to each bottle to create the illusion of ocean water.  Engineer found that funny, convinced I was trying to trick the other kids.  “It’s ok, Mama, I won’t tell them it’s not water from the ocean.”  One of the other camp teachers also grabbed us a set of the nursery’s color discovery bottles.  This way, we were able to set up for two bowling games. 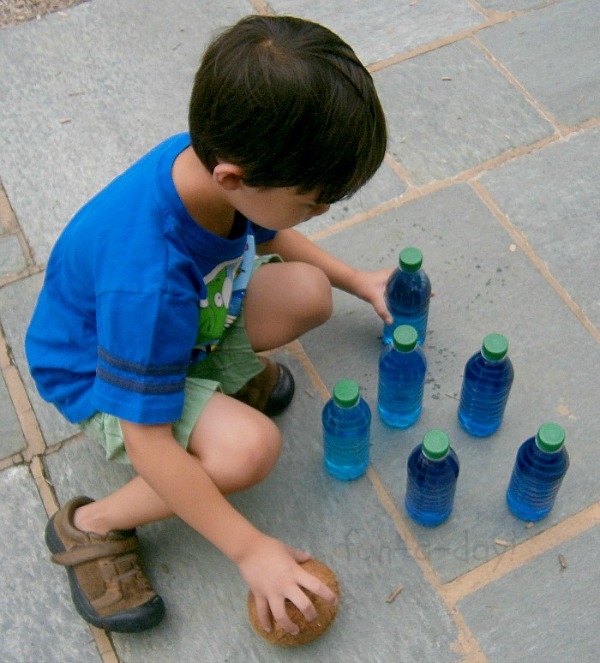 Engineer was really interested in setting the game up for me along the playground sidewalk.  He put out the blue water bottles in a triangular shape at my direction.  He decided the color discovery bottles would get set up in a line at the other end of the sidewalk.  Once the bottles were set up to his satisfaction, Engineer delighted in testing out the coconut bowling balls!  He was so focused on rolling them just right! 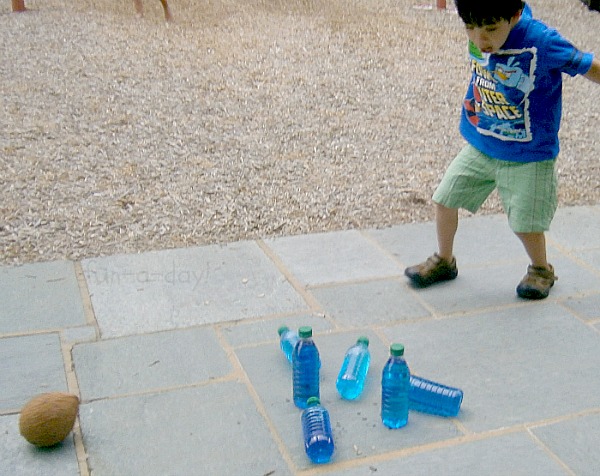 The other kiddos noticed what Engineer was up to, which led to many more games of coconut bowling.  Some of the children wanted to keep the game as “traditional” as possible, with the pins set up just right.  Others created different designs with the bottles, and two even worked together to create a kind of coconut obstacle course.  Some of the kids were intent on rolling the coconuts like a bowling bowl, while others tended to just throw the coconuts near the bottles!

After some very thorough tosses of the coconuts, a few cracks became apparent.  When we were exploring the coconuts earlier in the week, I’d used a hammer to break them open.  After the cracks appeared during bowling, though, it just took a few well placed slams to the pavement for the coconuts to open.  There were giggles of delight as the coconuts broke and coconut milk splashed along the sidewalk.  Our game of coconut bowling definitely ended with a bang!

Have you ever tried bowling with unusual objects, like coconuts?  If so, what did you use? 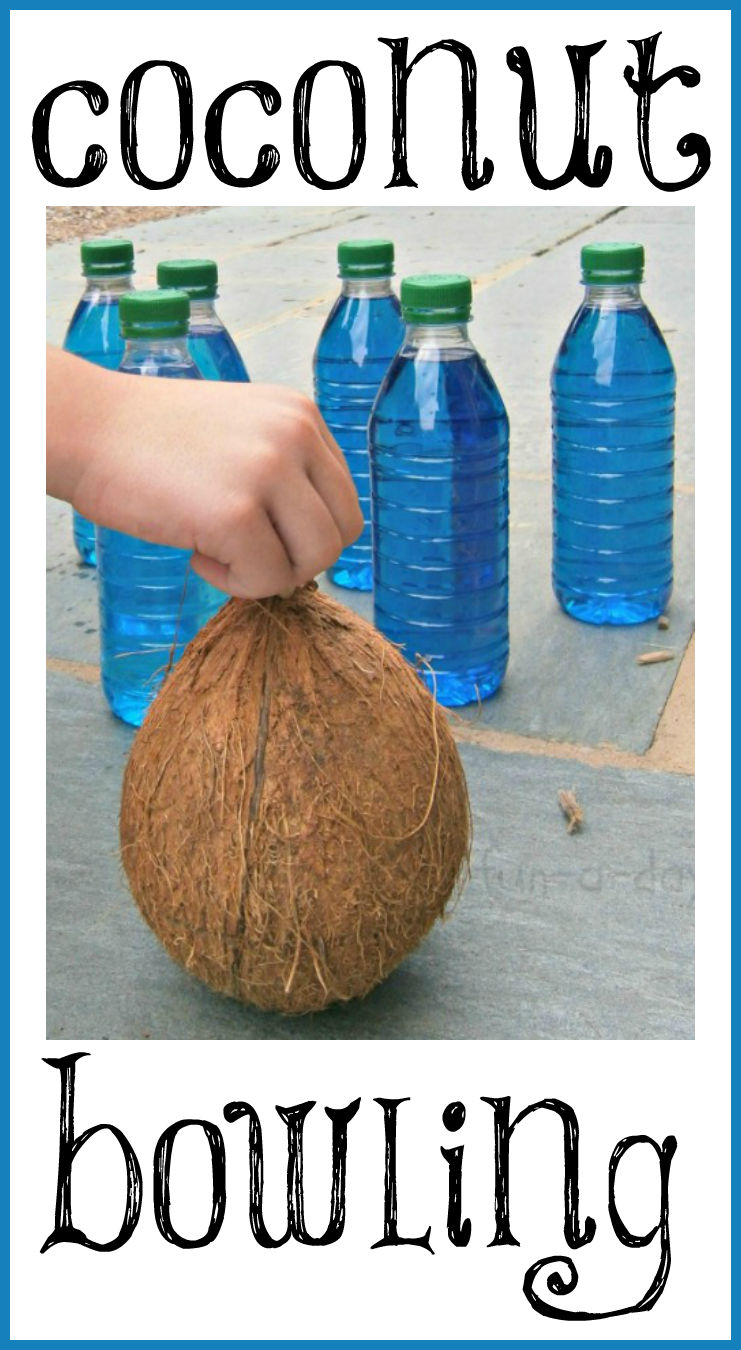 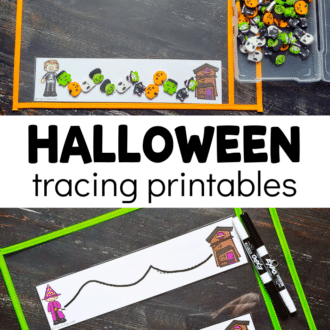 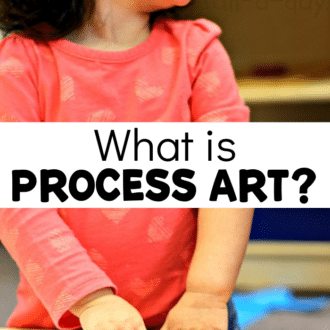 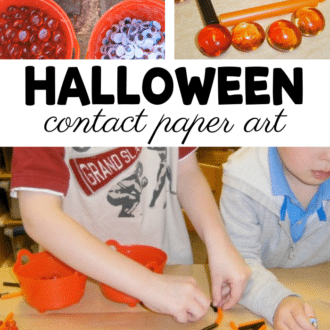 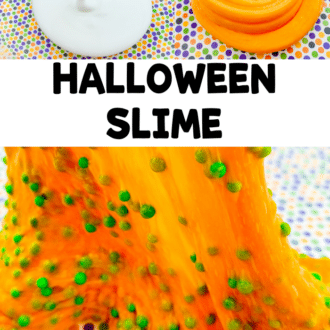 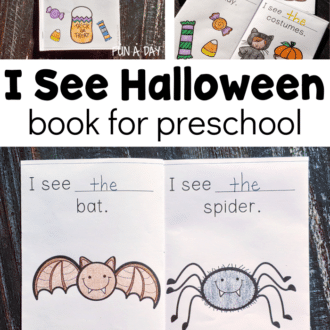 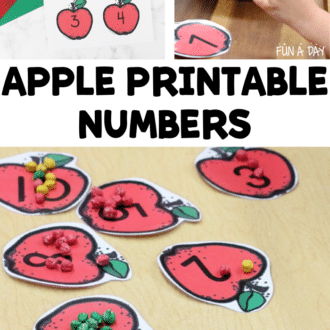 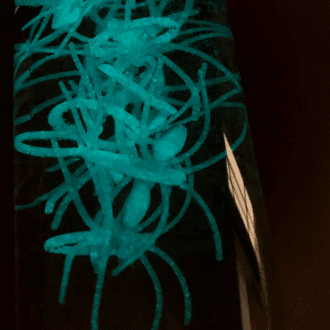 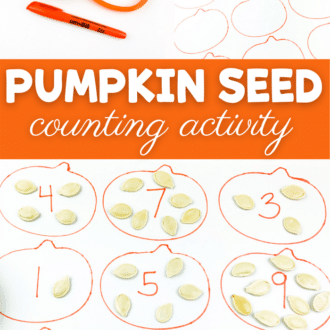 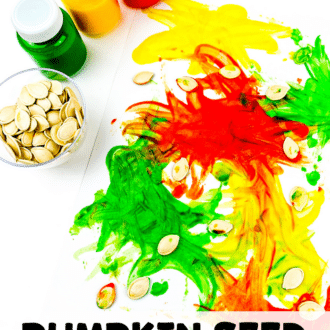 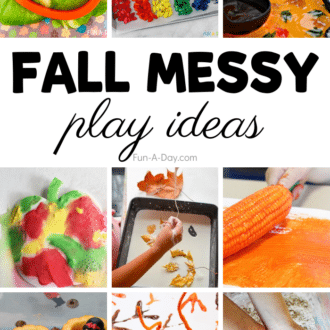