We use affiliate links and may earn commission from purchases made through those links.
Home / Uncategorized / Simple American Flag Craft 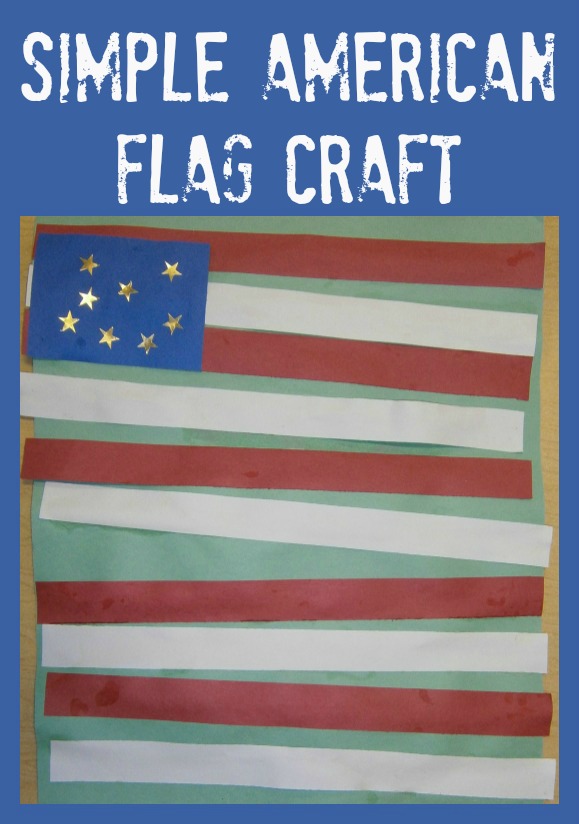 As part of our mini-unit about America, we had a very basic craft at the free art center.  Mary Poppins and I placed strips of red and white construction paper out on the table, along with blue rectangles, star stickers, and glue.  This American flag craft gave the children the chance to recreate the American flag on their own. 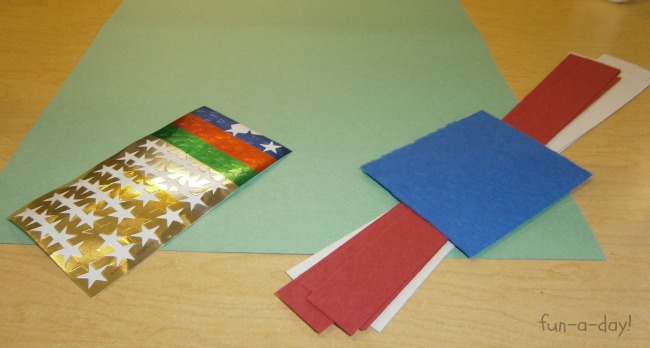 While I didn’t interfere in their craft time, I had fun watching the kiddos!  It was nice to sit back and observe as they set about using the paper and stickers to make their own version of the flag.  In particular, I was entertained by the attention to detail they showed!  Some of them even brought our class flag over to use as a point of reference.  They counted the stripes on the flag, noted that there were more red stripes than white stripes, and many observed the patterns in the stripes. 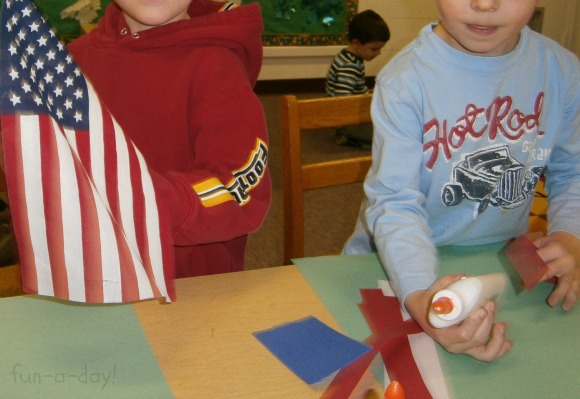 I heard things like, “Hey!  It’s like a pattern here!” and “Well, that’s a lot of stars!”  During our mini-unit, we had already discussed the American flag, it’s colors, and the meaning behind the stars and stripes.  Still, it was nice to hear the observations they made on their own.  I think the kids did a great job, and all of the flags turned out so well! 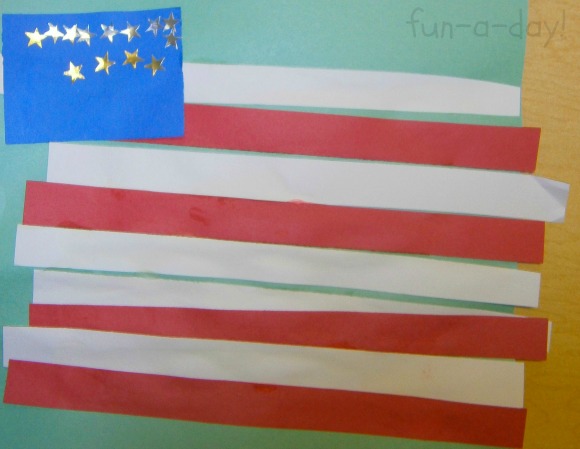 Even though each child was given the same materials, each flag was almost as individual as the kiddos!  Some were incredibly long flags, while others were rather misaligned.  Still others were as accurate as the children could make them.  I’m actually surprised that a few of the students didn’t sit and count out 50 stars.  I was impressed with how all of the kids really took their time with this craft.  There was no rushing off, even by the students who aren’t too into arts and crafts. 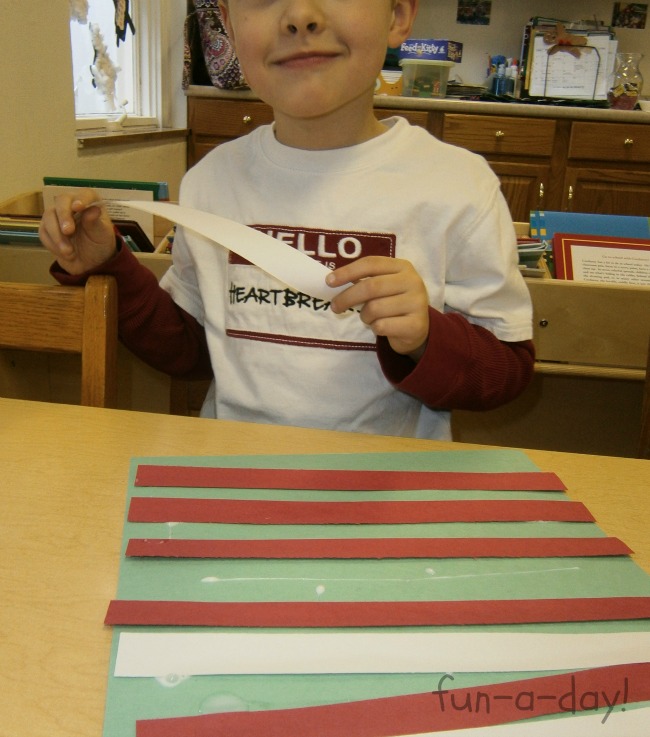 Have you ever done an art or craft project involving the American flag with your children/students?  How did it go?

Click on the images below to learn more about some of the patriotic resources offered at Preschool Teacher 101!