We use affiliate links and may earn commission from purchases made through those links.
Home / Early Learning / Sensory / Pumpkin Patch Small World Play

October is always a fun time to learn and play with preschool pumpkin activities! I recently set up an incredibly simple “pumpkin patch” for small world play in the classroom. The kiddos got into it even more than I thought they would!

Set Up
As I mentioned previously, this was incredibly simple. I set the tray out on one of our center tables, then placed a variety of river rocks on the tray. The pumpkins were then placed on top of the rocks. The kiddos came over as I was setting it all up, so they helped with that too!

How the children played
The children dove right into this small world play invitation! Exclaiming, “Oh! We have a pumpkin patch to take care of!” one my girls grabbed some of her buds and brought them to the table. 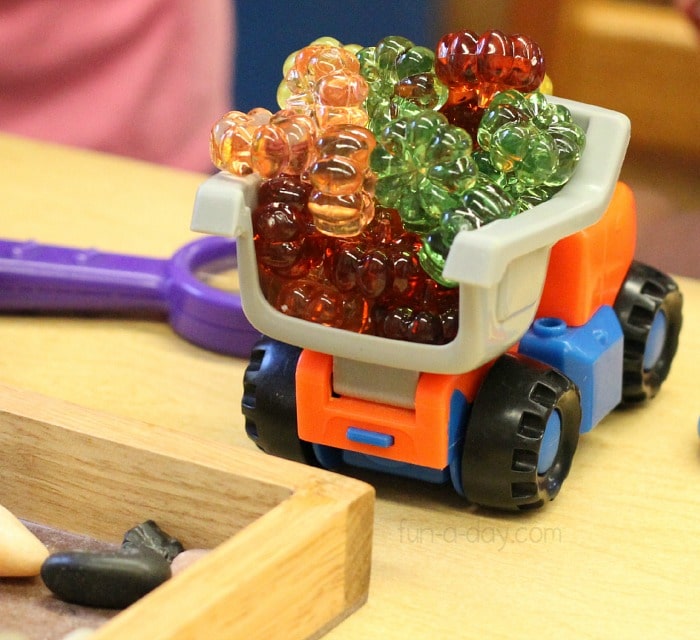 The pumpkins were arranged and rearranged over the rocks. A few children grabbed some trucks from our building are, explaining that a pumpkin patch needs farmers and tractors. The pumpkins and the rocks were loaded into the trucks, then unloaded. Then loaded again, then unloaded again . . . etc., etc. 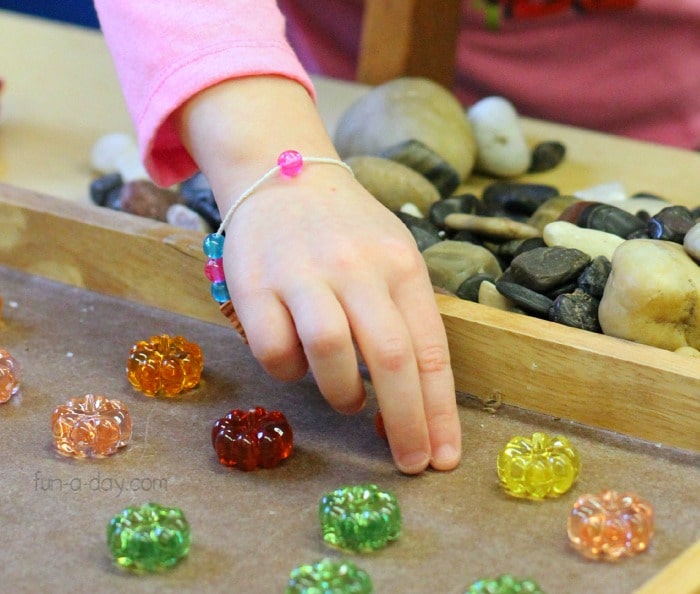 All in all, this incredibly basic pumpkin patch activity led to over an hour of play. It’s been recreated multiple times since then, as well! 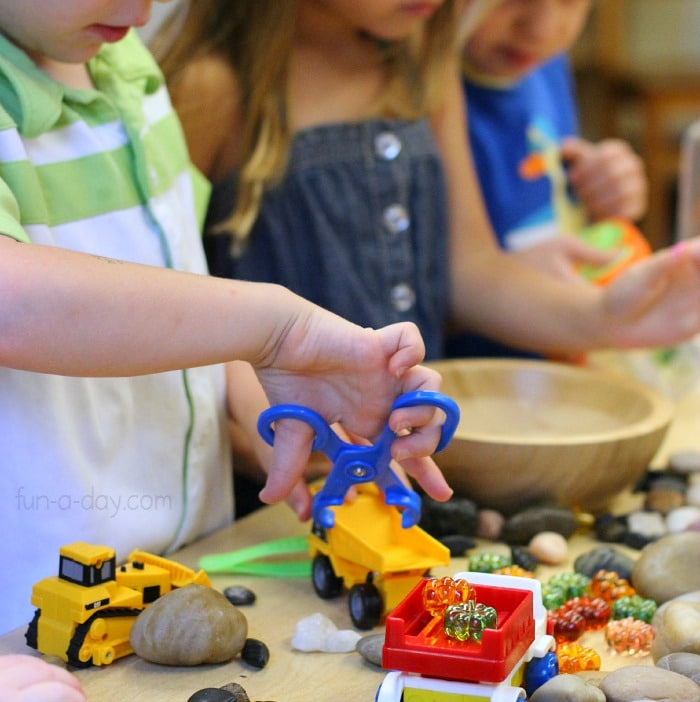 The learning
If you’re a regular reader of Fun-A-Day, you know I can go on and on (and on . . .) about the learning that takes place during seemingly simple activities. Here are a few things the children learned/practiced with this small world play: 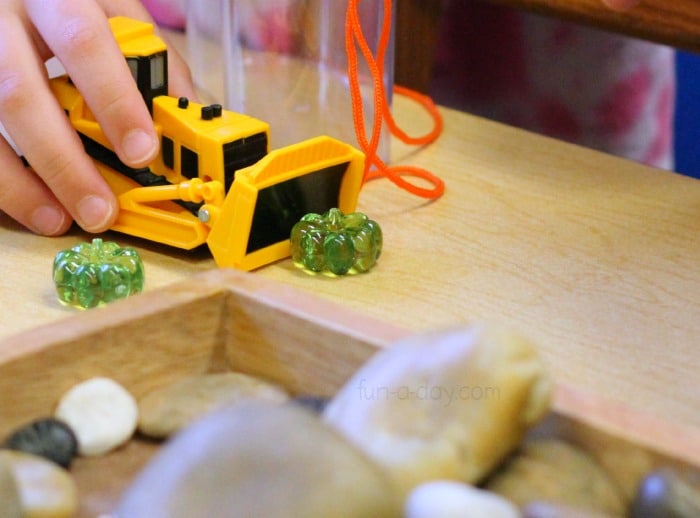 Have you tried small world play with a “pumpkin patch” before? If so, I’d love to hear about it in the comments below. If you’re looking for more ideas, be sure to see how Buggy and Buddy created a sensory play pumpkin patch small world! Play Train’s has a play dough pumpkin patch train small world, too! 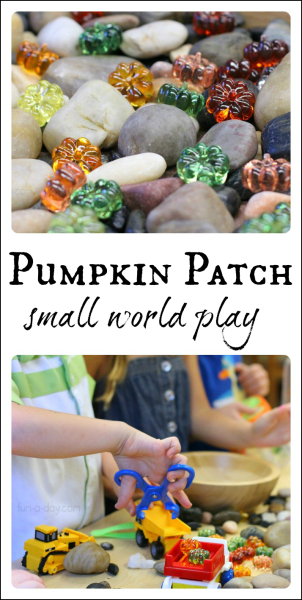