We use affiliate links and may earn commission from purchases made through those links.
Home / Early Learning / Pet Small World Play in the Block Center

During our recent pet theme, my preschoolers showed a renewed interest in small animals and people (affiliate link).  Since they were so enamored, I incorporated pet small world play in our block center.  I absolutely LOVE how the kiddos extended this activity way beyond what I expected.  I’m reminded daily of the immensity of their imaginations, and this pet small world play activity is just one of many examples! 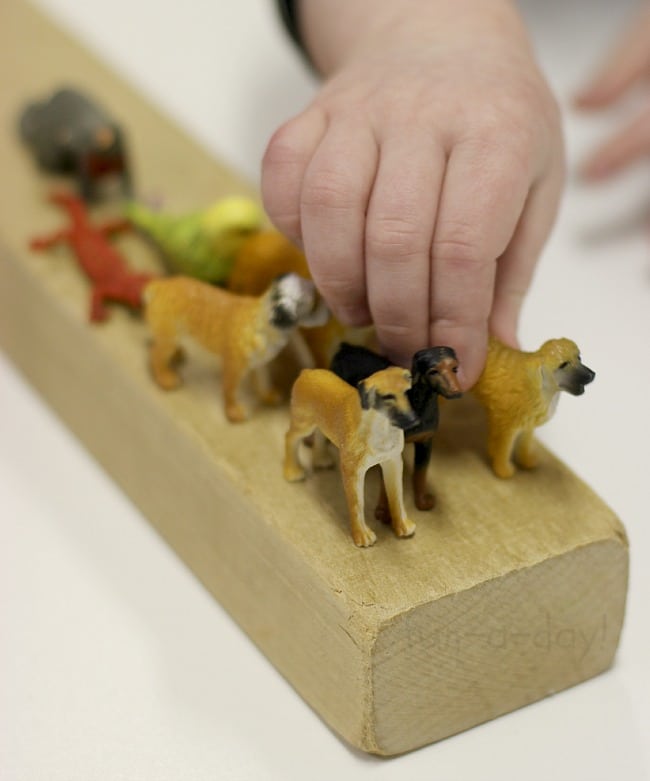 There are Amazon links included in this post, for your convenience.  Thanks for supporting Fun-A-Day!

The set up for this activity was beyond easy!  I simply set out a variety of small animal toys in our block center.  I included any animals that might be construed as pets — snakes and lizards, cats, dogs, and a variety of other pets.  The frogs and turtles were still in the sensory bin, though!  I lined some of them up along our blocks, while others were placed in a bamboo bowl on the rug. 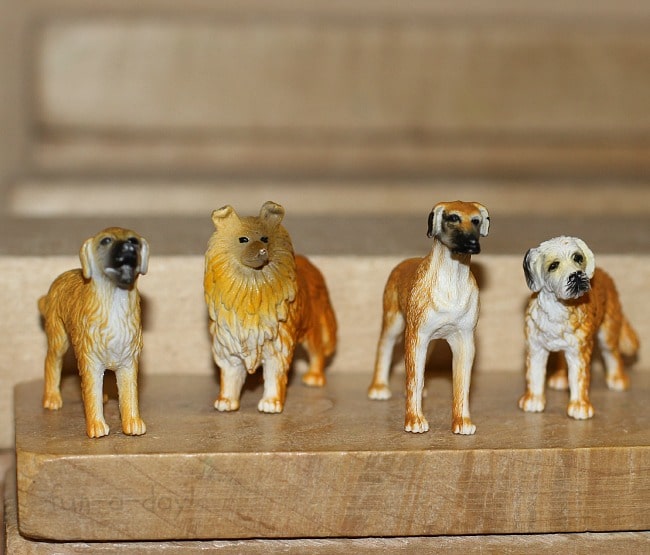 When the kiddos asked why I’d put the animals in the building center, I told them they could build pet houses if they wanted.  As usual,  they went above and beyond what I suggested!  They used their imaginations to create an elaborate story about the pets, and they managed to spread the story throughout most of our classroom.  I just sat back, watched, and listened to their incredible tale.

Pet houses were the first items created.  Just a few children were involved at the point, building homes and placing animals within them. 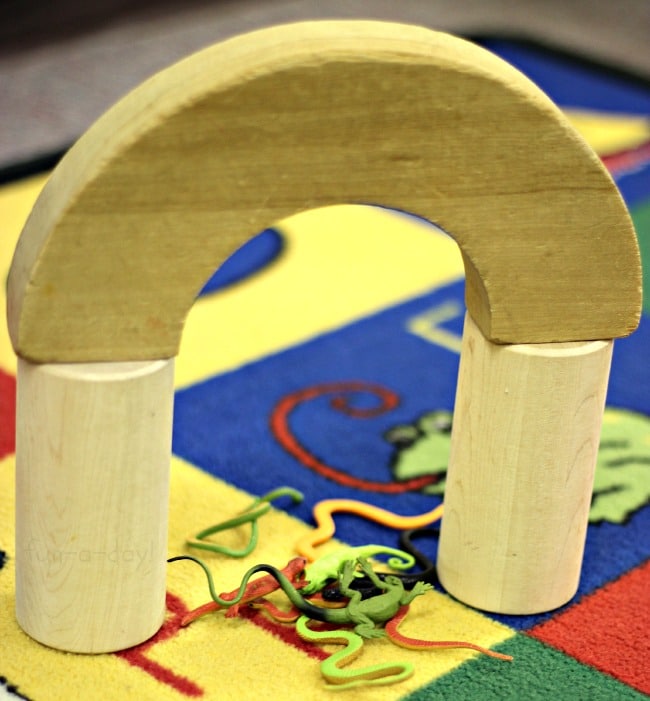 From there, the snakes decided to rebel against the other animals!  As the snakes were attacking, the remaining pets built ships to escape.  Some pretend people joined in at this point, helping to build the boats.  The ships left the block area and traveled all the way to our reading center. 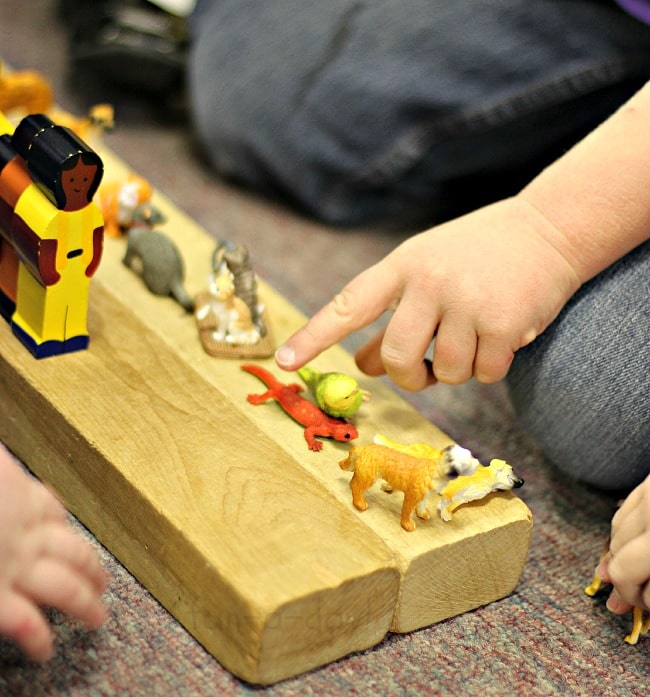 The snakes caught up with the other pets near the math center.  At this point, it was decided that a shelter was needed to hide the other pets from the snakes.  There was a lot of discussion about the best way to build the new shelters! 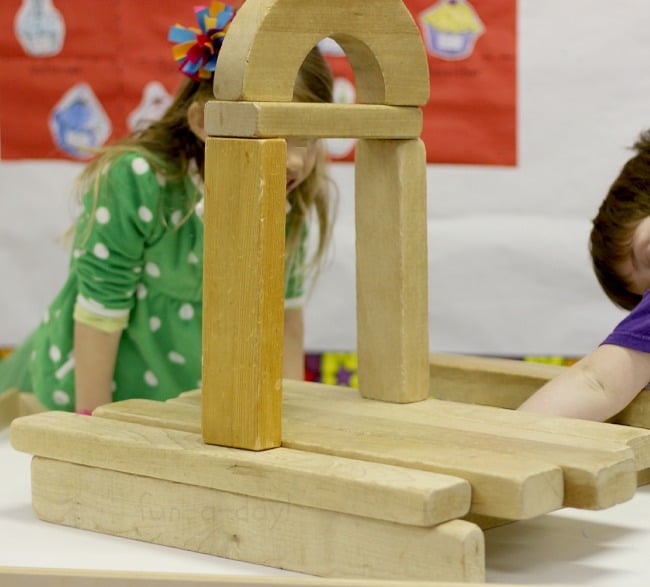 After about an hour of this, we had to clean up.  If we didn’t need to have snack and go outside, I’m sure the pet small world play would have gone on for another hour!  It was amazing to watch the children work out the story line to their play.  There was much give and take since so many children were involved in the process.  A few disagreements broke out, but the children worked through them mostly on their own. 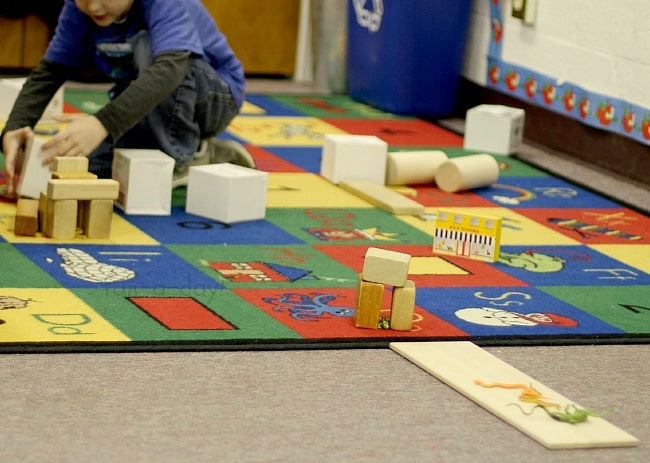 Have you created any pet small world play invitations in your classroom or at home?  I’d love some more ideas to add to my pet theme!  🙂

For more pet theme ideas, please check out my Pet Pinterest Board.  If you have any activities to add to this board, I’d love to hear about them.