We use affiliate links and may earn commission from purchases made through those links.
Home / Early Learning / Sensory / Pet Frog Sensory Bin with Aquarium Rocks

Recently, my preschool class explored a pet theme.  We talked about the different types of pets people have, as well as pets they might enjoy having.  Even though none of the kiddos have pet frogs, many were still interested in them.  This led to the creation of a simple frog sensory bin that we used for a week. 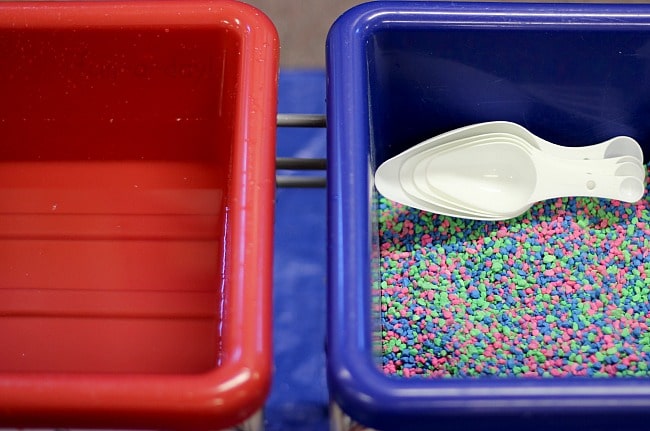 Affiliate links are included below.  If you purchase something from these links, I receive a small commission.  Thanks for supporting Fun-A-Day! 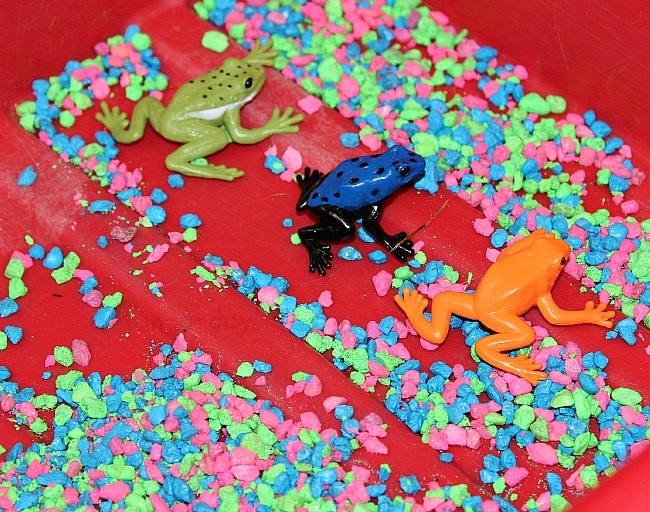 Set Up
Putting together this frog sensory bin was super easy! I placed the aquarium rocks in one side of the classroom sensory bin, while water went into the other bin.  I placed the funnels, scoops, and plastic animals into a basket near the bins.

How They Played
How DIDN’T they play?!  I am always amazed at how the children take a simple idea and extend it so far!  Before doing anything else, the kiddos grabbed the scoops and started moving the rocks.  Most of the rocks were mixed in with the water right away.  The frogs were brought in next, with some going into the water and some staying in the nearly empty rock bin. 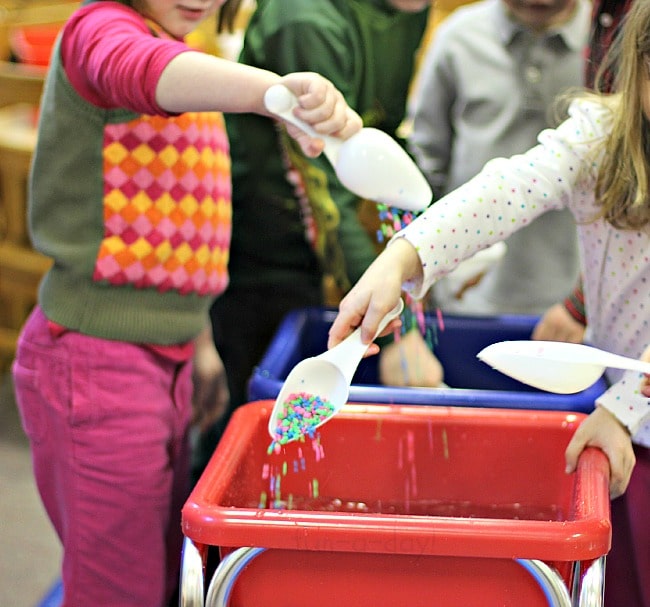 There were a few stories using the frogs that first day, but most of the center “work” was focused on the water and the rocks.  There was so much scooping, mixing, splashing, and measuring!  They giggled so much when they worked together to create little whirlpools in the water. 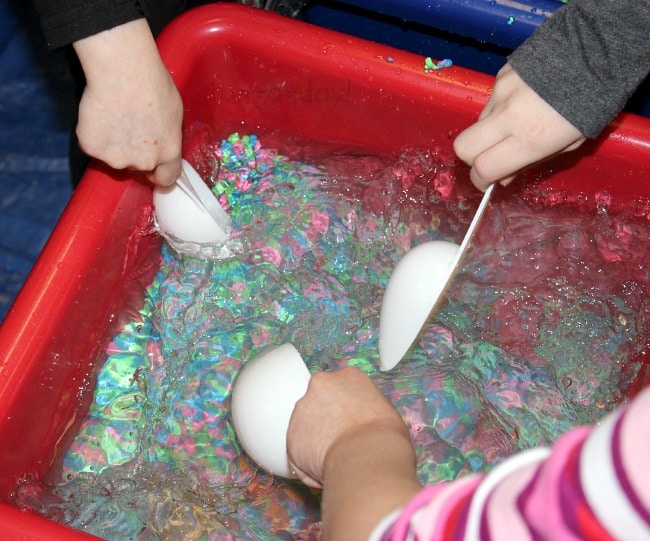 I loved watching them using the funnels, as well.  They enjoyed filling the funnels with the aquarium rocks, then seeing if water would filter through.  They also used the funnels and scoops in a convoluted water-transferring scenario. 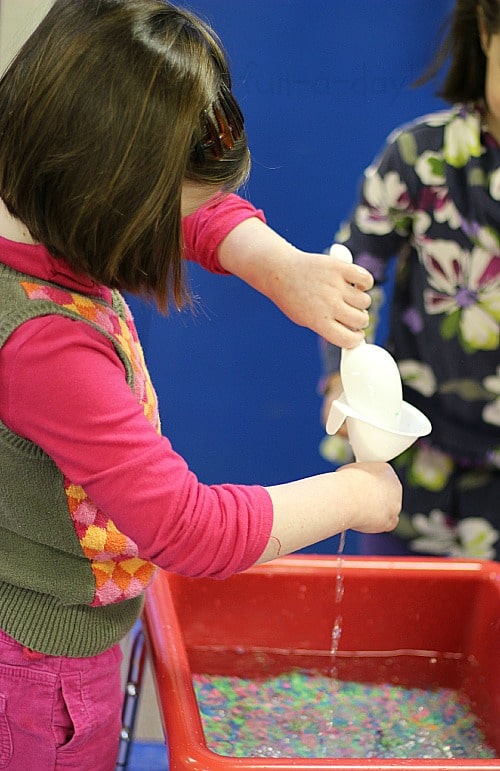 The plastic animals came into play later on in the week, though.  While this started out as a frog sensory bin, the kiddos decided they needed pet turtles too!  By the end of the week, pet sharks were added too.  Yes, I know that the kiddos aren’t likely to have poison dart frogs or great white sharks as pets.  But the children created some grand stories about these imaginary pets.  🙂

We read a frog life cycle book while the kids played each day, too.  This helped the children distinguish between frogs that can be pets and those that aren’t meant to be pets! 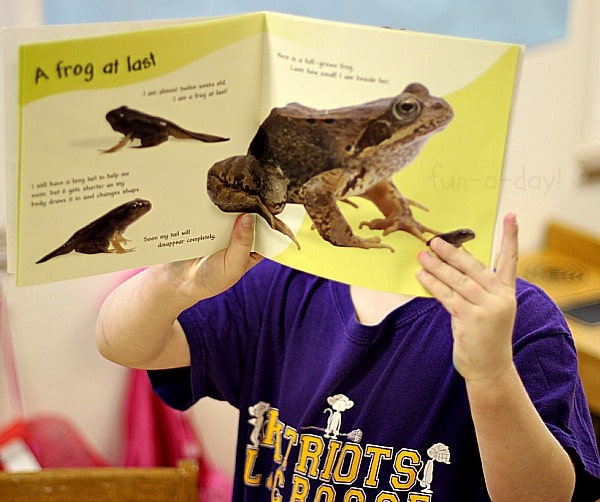 Ideas for Next Time
I think it would be fun to add a few more details to a future frog sensory bin.  Perhaps some aquarium plants the children could use in their play, as well as some play lily pads.  I’ve also seen frog life cycle toys that would be fun to include!

Have you ever created a frog sensory bin for the kiddos?  What have you included?  I would love more ideas for next time!

More ideas can be found on my Pet Themed Pinterest board!