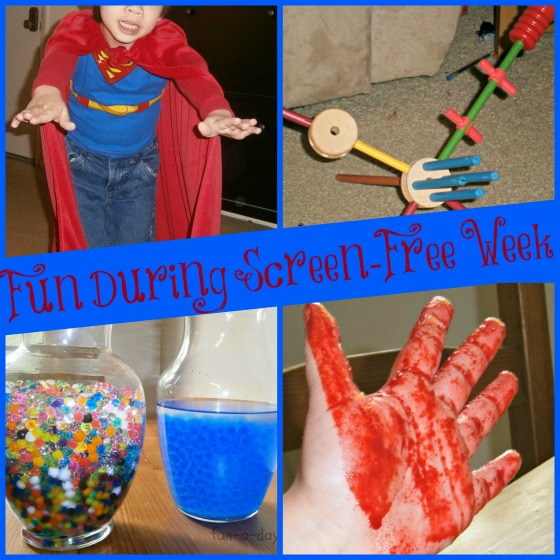 Last week, Engineer and I had a lot of fun during Screen-Free Week.  My goals for the week were:

I think Engineer and I did a great job sticking to most of our goals throughout the week.  I came up with a few activities to keep him engaged, but also let him have a lot of time left to his own devices.  Here are a few highlights from our week . . . 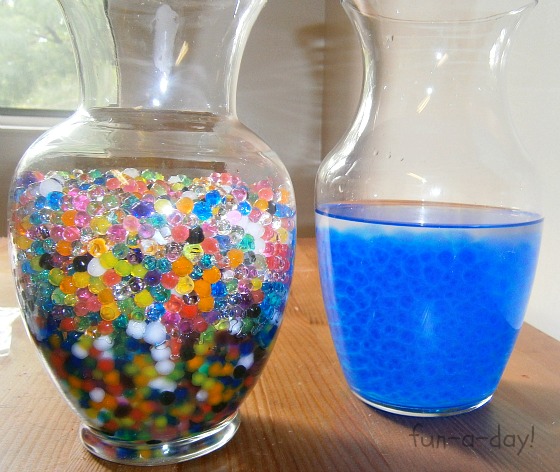 Playing at the Park

Since the weather (mostly) cooperated, we were able to spend extra time at a playground near our place.  Engineer was delighted to see a couple of his classmates at the same playground.  A neighbor girl, who I think he has a crush on, was also there.  Spending more time outside in the sun was great for both of us, and I got a kick out of watching him play with his buds. 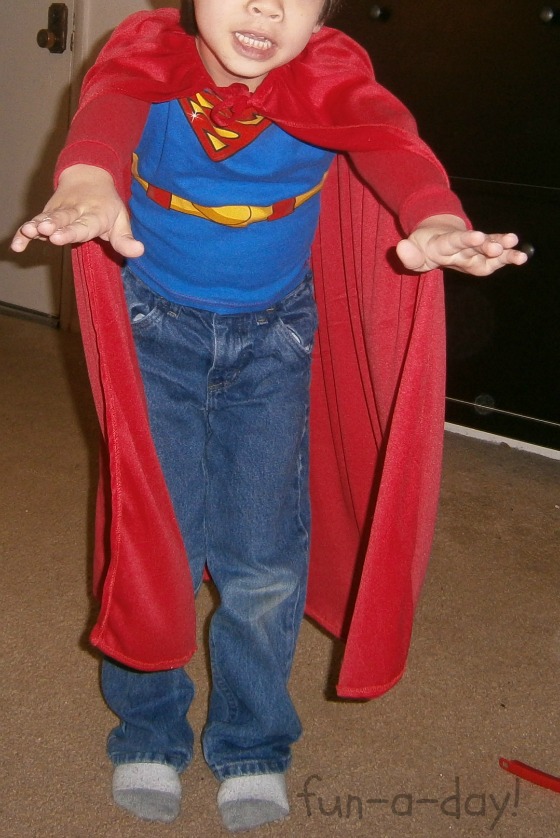 For about two days last week, Engineer went almost everywhere in a blue or a red cape.  He didn’t wear them to school, as he thought they’d get in the way.  When we went to the grocery store, when we grabbed some takeout, and when we went to the bank.  Nothing says childhood-fun like a kid in a cape!  He brought smiles to everyone’s faces wherever we went, too!  Even the sullen teenagers at the restaurant loved his antics, even going so far as saying, “love the cape, man” to Engineer.  He reminds me so much of my little sister sometimes — she loved to dress up just as much as he does.

Probably my most favorite part of Screen-Free Week was the extra time I got to read to Engineer and cuddle up with him. That time, alone, made the whole week worth it!  It helped me to see that having my work-time scheduled for after he’s in bed makes a ton of difference.  He and I really got into a chapter book, and he was so excited to finish it quickly since we set aside more reading time during the week.  That extra reading time is going to be kept up! 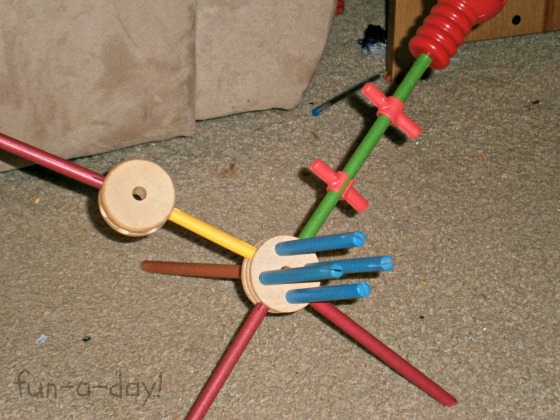 This was one of the activities Engineer came up with all on his own.  He used a variety of Tinker Toys to design a multitude of different satellites.  Each had a different back story, a different purpose, and a different person who was in charge of repairs.  At some point, bad-guy alien spaceships came into the picture, attacking the satellites.  I’m still unclear of the reason, but it was an entertaining show!  He has some more designs in mind and has requested more Tinker Toys.  We checked at our well-known bulls-eye chain store, but they didn’t have any.  Even worse, the employee we asked had no clue what they were!  So the search will continue this week.  🙂  Oh, and, yes, I know I need to vacuum — that picture makes it abundantly clear!  🙂 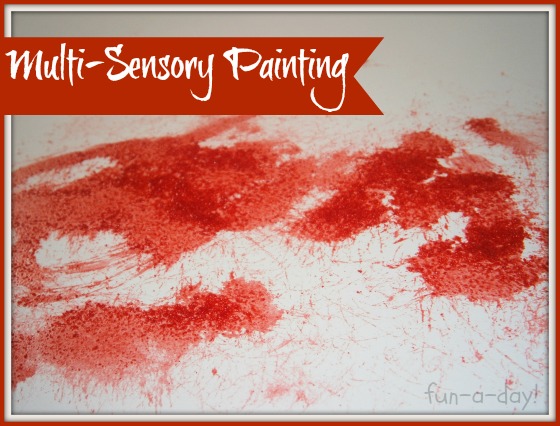 Girly Girl and Engineer had WAY too much fun with this multi-sensory painting during the week.  They used most of their senses during this little experiment of ours, and I had such a great time watching them get so into it!  The paintings smelled delicious, even after they were dry.  Click here to read more about this multi-sensory process art experiment.

I did well in my goals for Screen-Week too.  I stuck to mostly working on the computer when Engineer was in bed, and I stayed off of Facebook the entire time.  I’m not completely done with a screen “plan of action”, but it’s coming along!  What about you?  How did you and you family participate in Screen-Free Week?  I’d love to hear about the fun you had!

Shared at The Sunday Showcase, After-School LinkUp, We Made That Wednesday 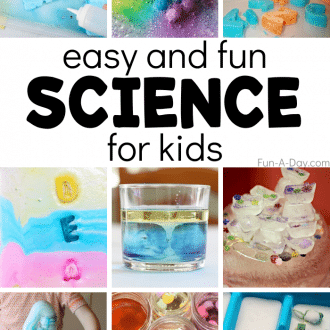