We use affiliate links and may earn commission from purchases made through those links.
Home / Early Learning / Sensory / A Fairy Tale Activity with Dragon Imaginative Play

I love science fiction and fantasy — especially if it involves dragons.  Sharing my love for dragons was one of the reasons I was excited to plan for a recent fairy tale theme!  🙂  I started with a simple fairy tale activity involving a dragon small world.  I’m not sure I can call it “small”, as the children expanded the play even more than I thought they would! 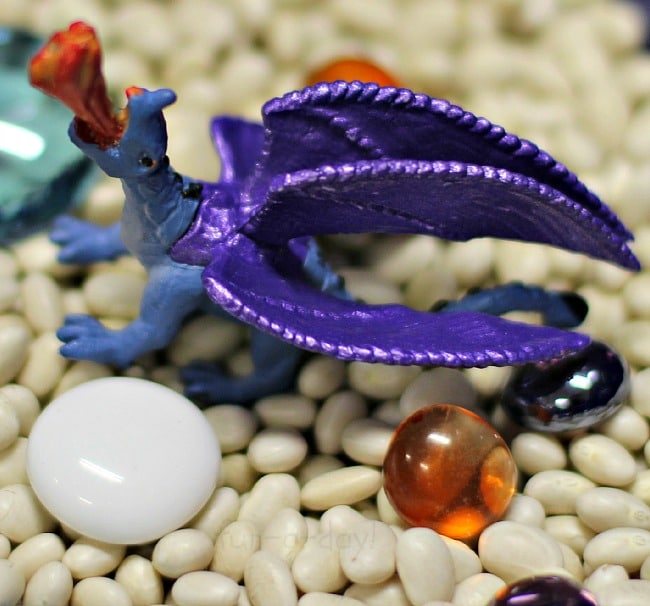 The dragon world was created very simply.  I used a base of white navy beans, then added colorful glass gems.  Once the base of the small world was set up, I added the toy dragons.  Ever since our pet unit, the kiddos have shown an increased interest in the variety of small toys I have.  So I’m making sure to include them in activities when possible! 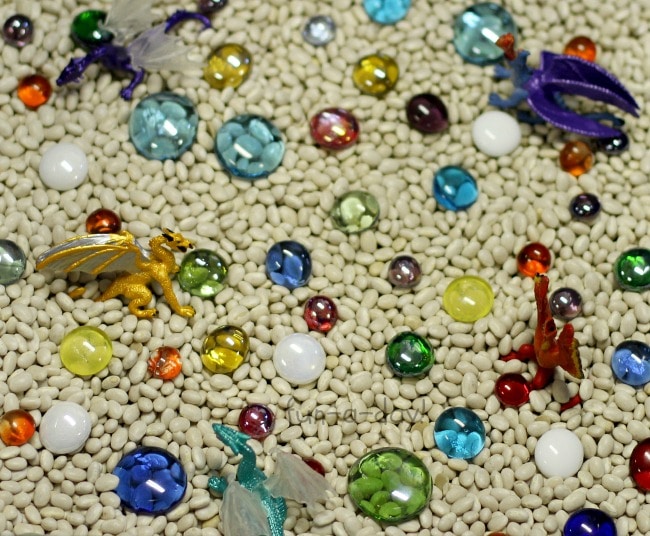 In my mind, the beans represented clouds and the gems were dragon “treasure”.  I didn’t tell the children my reasoning, though.  I wanted to see what they did with the materials.  As always, they surprised me by taking this little fairy tale activity to the next level! 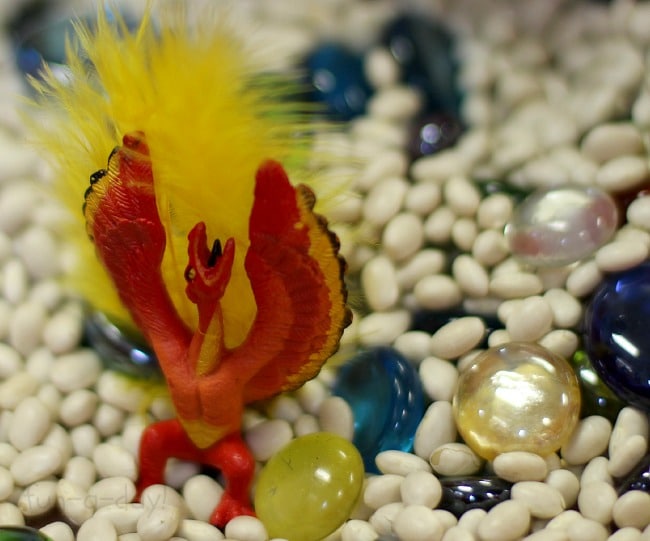 Even the feathers from our nature table were brought into this small world!

The dragon world was out in the classroom for about a week and a half.  During the first day, the kids played within the realm of the sensory bins.  They brought the knights in and created epic battles between the dragons and the knights.  There were also collections of “dragon coins” set aside for the queen dragon, while the other dragons flew all around. 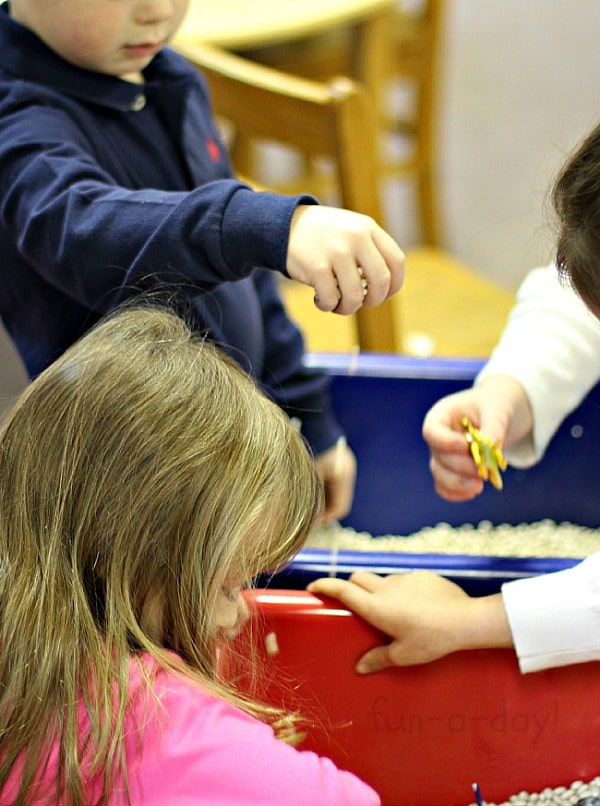 The next day, the dragon imaginative play got a lot bigger!  The children noticed small, clear marbles mixed in with the glass gems and beans.  A few of the kiddos immediately decided that those marbles were “very important dragon eggs”.  They began digging through the bins and collecting all of the “eggs”.  The hutch in our home center was turned into a dragon cave where all of the eggs were stored.  The queen and some of her buds protected the eggs together. 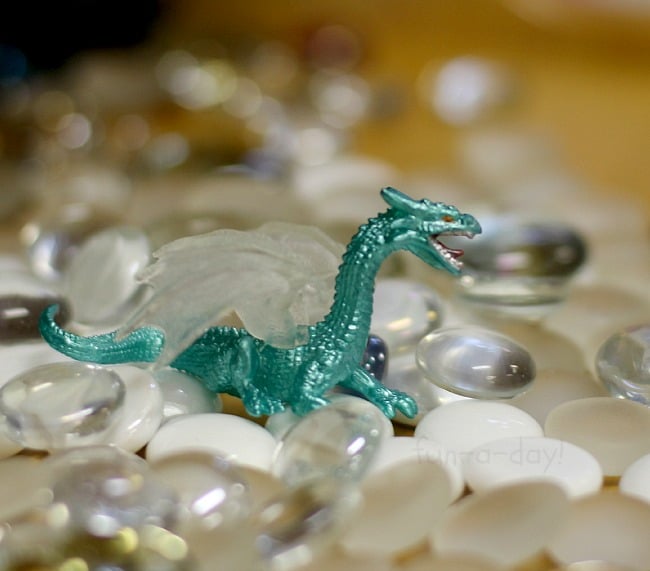 From there, the children added another table to the dragon world.  By the time we had to put away this little fairy tale activity, it had spread out to include our sensory bins, our home center, the math center, and part of the block center!  In each of those areas, the children were completely engaged.  Yes, it was a little messy at times — those glass gems were all over the place (including sections of the floor).  However, the kiddos were actively using, creating, moving, and talking about their dragon story.  Even those gems on the floor were being used by the children! 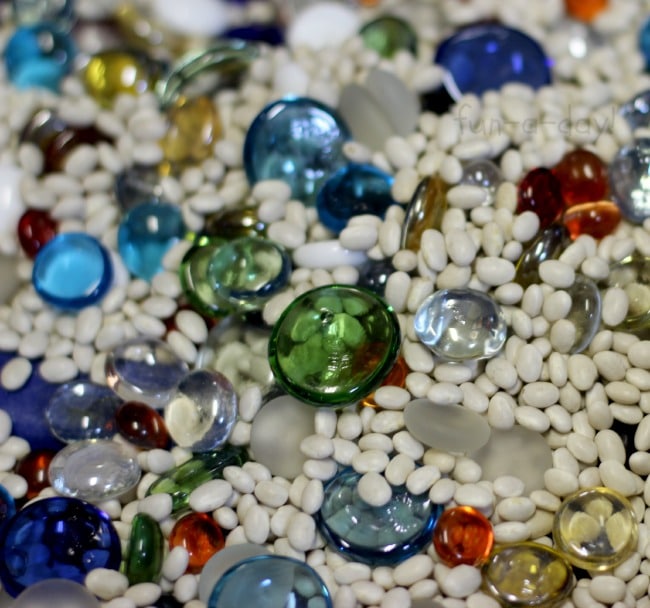 Just some of the learning that took place:

Do you and your children have a favorite fairy tale activity? I’d love to hear about them, if so!

If you’re looking for more fairy tale ideas, please stop by my Fairy Tales Pinterest board.