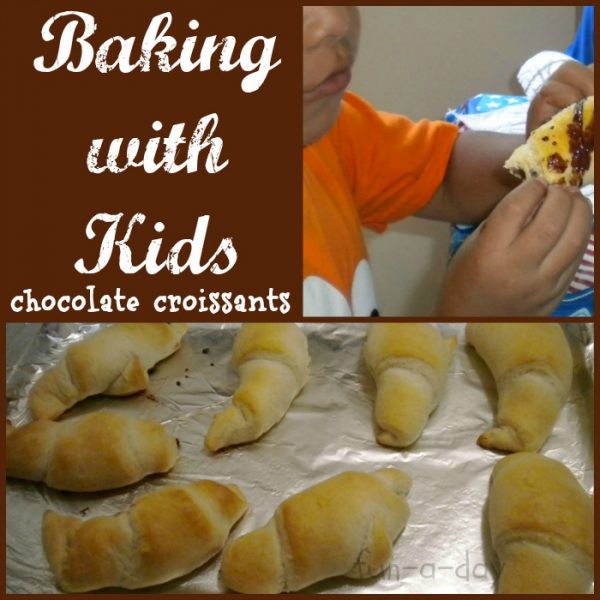 I have had a ton of fun cooking and baking with kids this summer!  One of the items Engineer and I like to bake is our own version of chocolate croissants.  They’re an easy treat to make on a lazy Sunday morning.  I have had this “recipe” since before I was on Pinterest, so I wasn’t sure at first where I’d found it.  It finally came to me yesterday — an old Real Simple magazine.  I looked it up online and found this link to their “Easy Chocolate Croissants”. Usually Engineer likes to help when I make this, but he and Snoopy were into making a special train track instead.  So I was on my own! The ingredients I used were

I preheated the oven to 375 degrees.  Then, I unrolled a triangle of crescent roll dough and placed a small amount of mini chocolate chips on the larger side.  When Engineer and I are making these together, he loves doing this part.  I’m pretty sure it’s because he can sneak some chocolate chips into his mouth at this point in the process!  Nothing wrong with “taste testing” while baking with kids! From there, I rolled the dough into a crescent shape.  The uncooked crescent rolls were placed on a cookie sheet — I lined mine with aluminum foil and sprayed some cooking spray on it.  You could also use parchment paper if you have it on hand.

I let the chocolate croissants cook until they were golden-brown (about 10 minutes). While waiting for the crescents to cook, I popped a handful of mini chocolate chips into a microwave safe bowl.  I microwaved them  for about 30 seconds, then stirred the chocolate.  Next, I added a splash of milk and microwaved the mixture for another 10 to 15 seconds, until the chips were melted and creamy.

At this point, I had small children walking into the kitchen.  Snoopy and Engineer wanted to know “what’s that smell?”, while Little Hurricane wanted to be picked up and let in on the action!

When the crescent rolls were done, I used a spoon to gently spread lines of chocolate over the top.  Engineer decided he wanted to help at this point.  He’s helped me with it in the past, so he knew not to fling the chocolate everywhere!  🙂  Baking with kids doesn’t have to include tons of ingredients and complicated recipes — simple works well for me!

Shared at Kids in the Kitchen 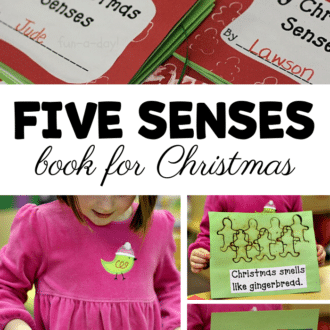 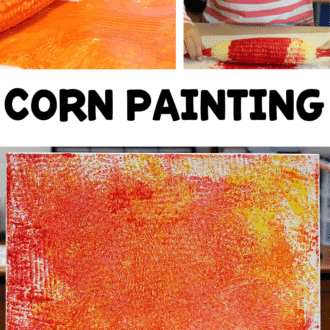 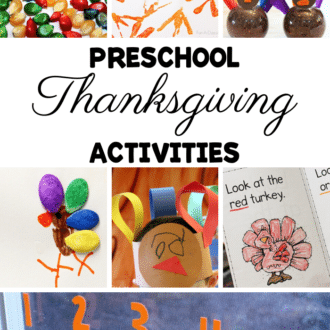