We use affiliate links and may earn commission from purchases made through those links.
Home / Early Learning / Science / Preschool Science Activities with KORXX

It’s no secret that preschool science activities are a hit in my classroom, and we love science at home too. When I was offered a chance to review KORXX blocks, I knew we’d integrate some science into our play. As I predicted, the preschoolers jumped right in and explored the KORXX like the little scientists they are. Child-led, hands-on science at work! 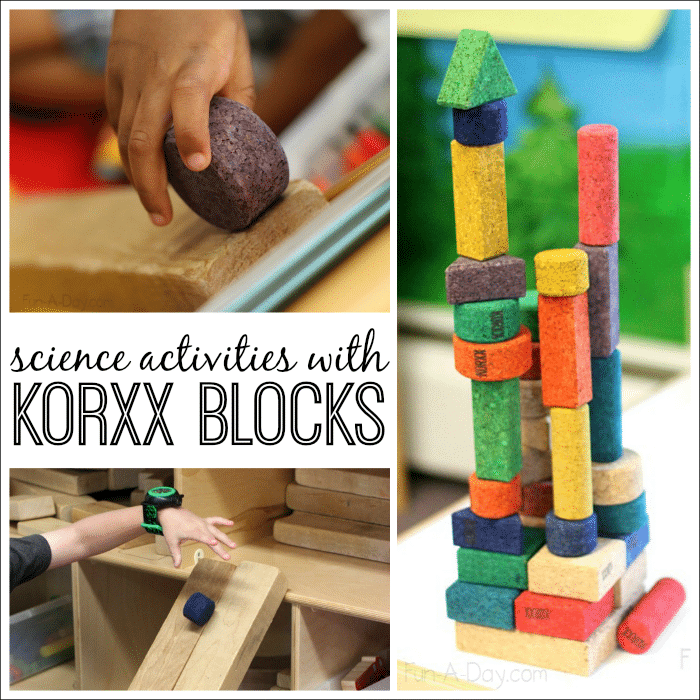 Disclosure – I received a set of KORXX blocks in exchange for my honest review. As always, all of the opinions listed here are 100% mine (well, with some input from the kids, of course)! Affiliate links included in this post.

We tried out the colorful KORXX Form C Mix, as well as natural cork blocks like this set.

Exploration and Engineering
The first thing the children did was open exploration of the blocks. They observed using most of their senses – they made note of the colors and shapes, the natural scent of the blocks, the quiet noises the KORXX made when they fell, and how the texture of the blocks felt on their little fingers. Once those observations were made, it was on to engineering some awesome structures! Because of the unique composition of KORXX, the kiddos were able to create some creations that wouldn’t be possible with regular wooden blocks. They LOVED that! 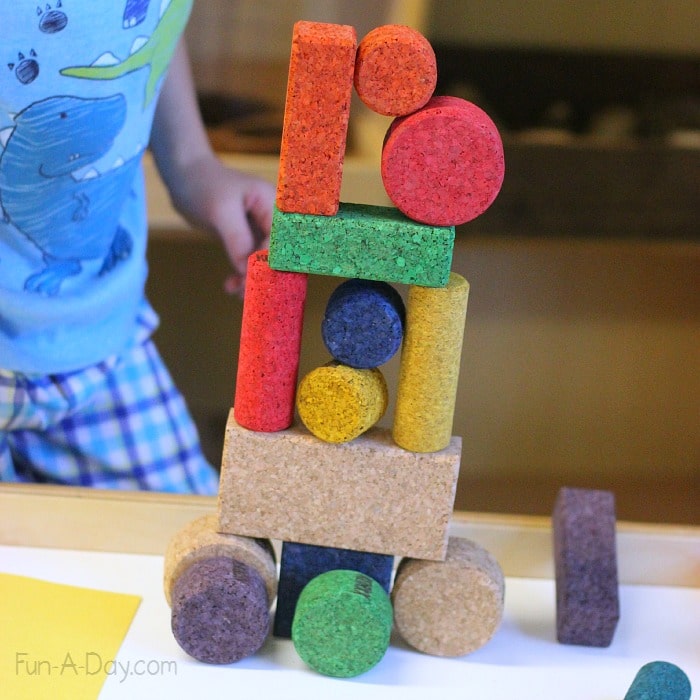 Homemade Catapult Experiments
My students have been creating homemade catapults in our block center for some time now. Unfortunately, I couldn’t let them do this inside because children would get hurt by the wooden blocks flying through the air. Well, with KORXX, I was able to let the children make catapults inside! The blocks are made of cork, making them lightweight and less likely to hurt children. 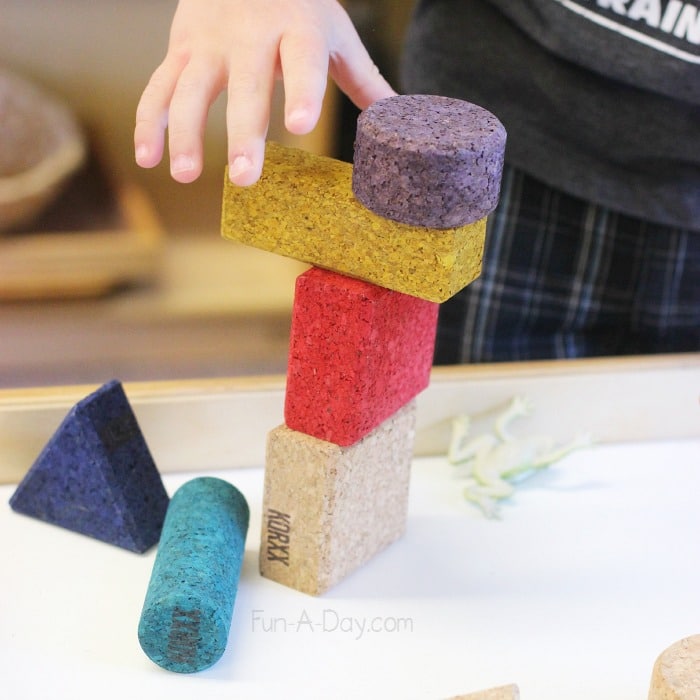 Building and Testing Ramps
By far the favorite science activity with KORXX was ramp-making! Again, this is something the children have been exploring for a while now. They were ecstatic to discover the round KORXX blocks went down the ramps faster and easier than a lot of other materials they’d tried. 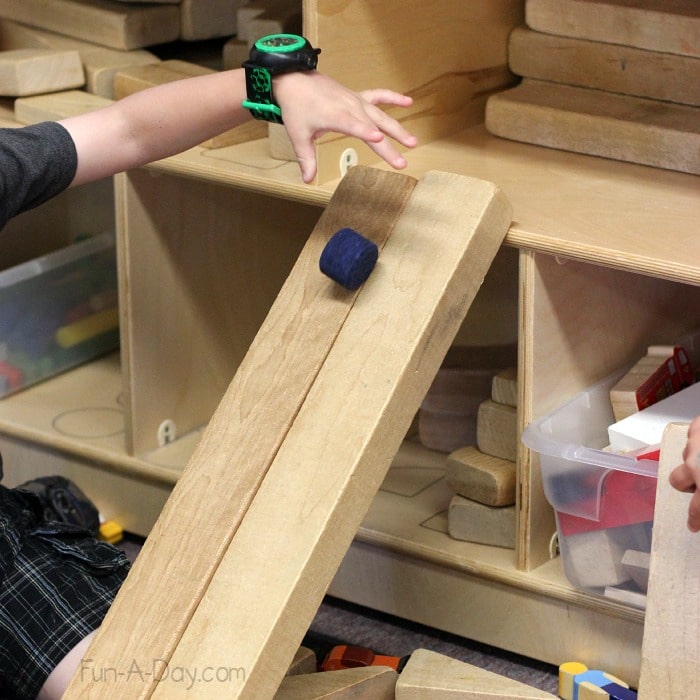 The different sizes made it easier for them to test their ramps, and they even created some “obstacle courses” on the ends of the ramps. They tested out a variety of ramp angles to determine which let the round KORXX travel farther. This lasted for over an hour, and we only stopped because we had to get on with our day! 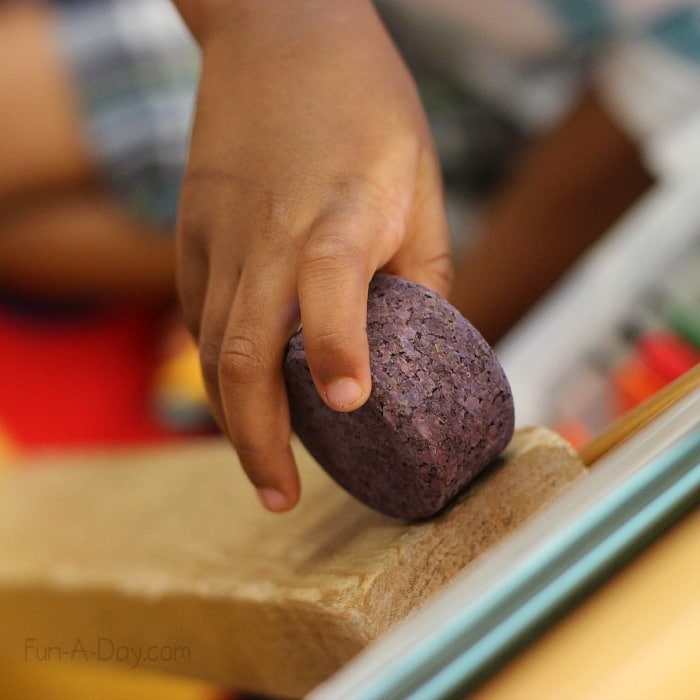 KORXX are made by harvesting cork without harming the trees, making them eco-friendly (it’s even recyclable). They’re lightweight, of course, and very quiet. The high-quality cork used in these blocks is free from harmful substances like phthalates, and they don’t have any other sensory emissions. KORXX has passed safety testing in the United States, Europe, Australia and New Zealand, and Japan. There’s a ton more information to check out at the KORXX website! 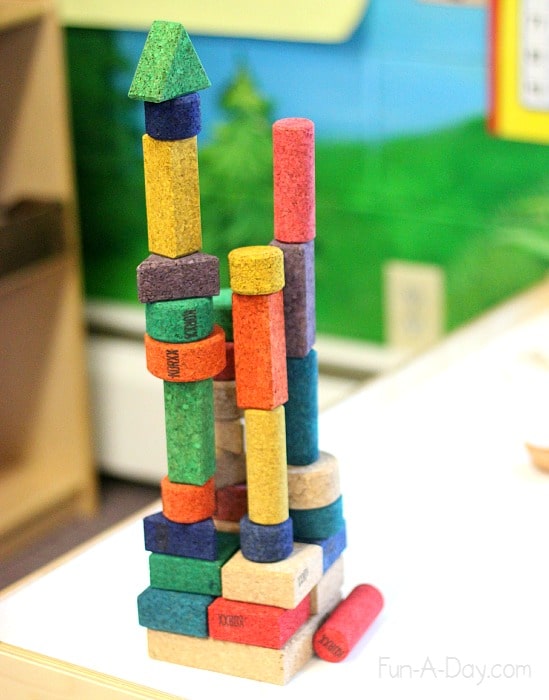 Well, I think it’s pretty obvious that my preschool kiddos love the KORXX blocks. We’ve used them for a ton of other activities beyond what’s shared here. As for me, I’m loving them so far! They’re available in both colors and natural, and I think both options appeal to the kids. I like that they’re made in a sustainable way, and the mama bear in me is happy with all of the safety testing. More than anything, though, is how engaging they are for my students. They allow for hours and hours of open-ended playful learning, and they can be used in both child-led and teacher-directed lessons. On top of that, they’re QUIET! 🙂

Cooperative Sibling Play with KORXX Blocks from House of Burke