We use affiliate links and may earn commission from purchases made through those links.
Home / Early Learning / Pajama Day Activity | Starry Night Painted Toast

Pajama Day is definitely one of my students’ favorite special days in preschool! I think it’s a combination of wearing their pjs to school (and seeing their teachers in pajamas), along with the fun activities they get to participate in. Here’s a super simple Pajama Day activity to try for snack time – “starry night” painted toast! 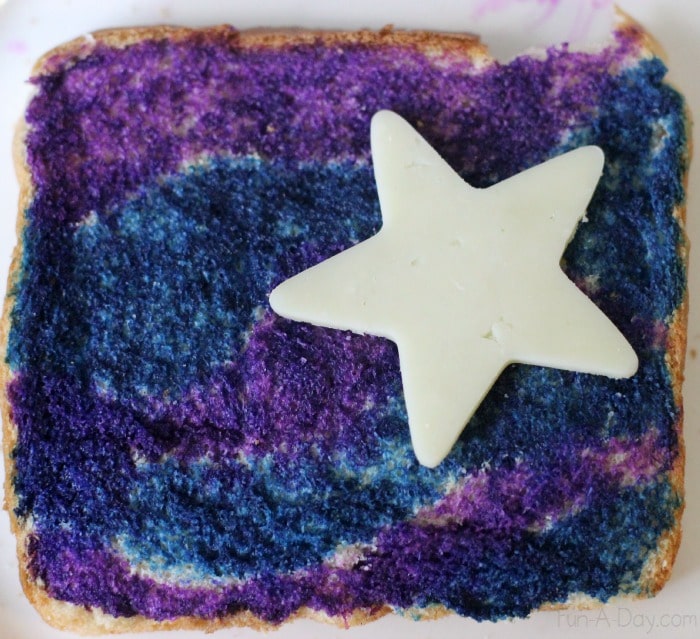 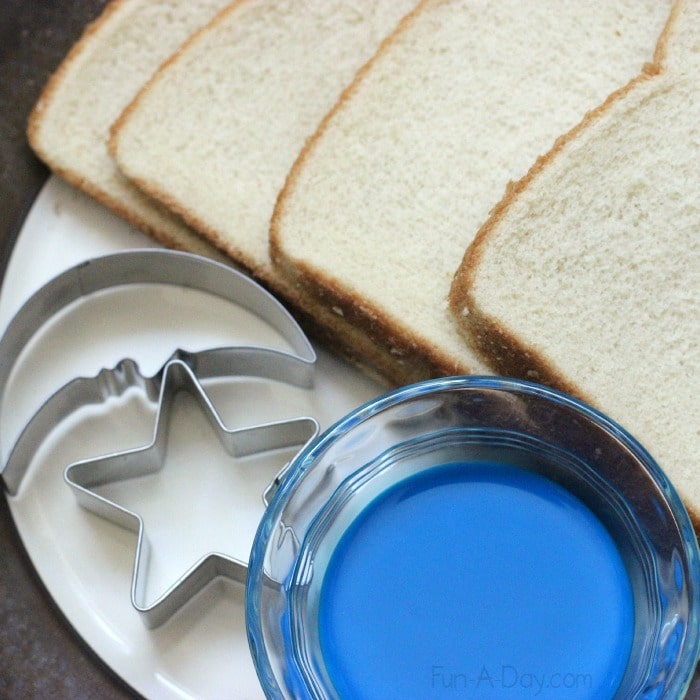 Please note we used just a little bit of food coloring, and I don’t have any children/students who have issues with it. If  that’s not the case with your home or classroom, I’d suggest looking for a food dye alternative that suits your kiddos best.

How we created our snack
I told the children that we were going to use edible paint to make starry night toast! They didn’t seem to believe me at first, but they were all willing to try. 🙂

We poured a bit of milk into small containers, then added a few drops of food coloring to each container. Then the painting began. The children used the blue and purple milk to paint the bread like a night sky. Some were so into painting the bread, while others were happy just adding a few dabs here and there. I loved seeing their concentration! 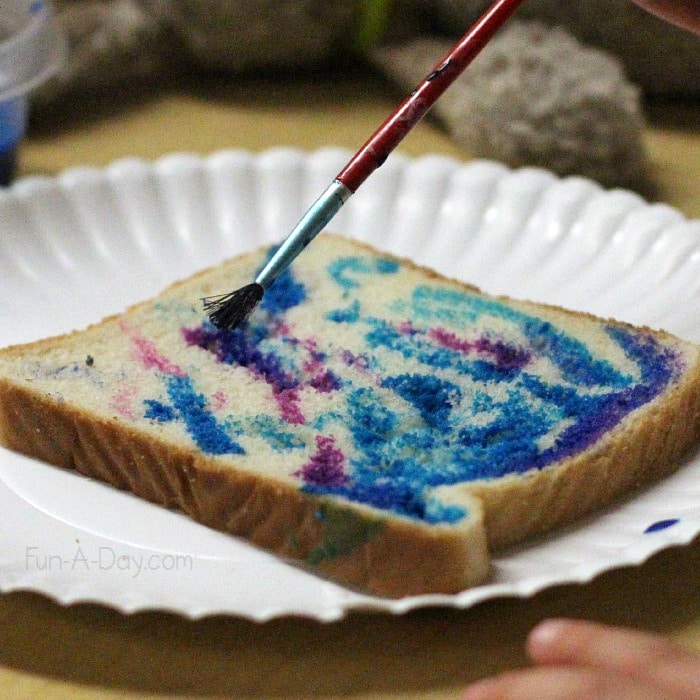 Once the bread was to their liking, we popped the bread into the toaster. While we were waiting on the toast, the kids and I made cheesy stars. Basically, we just used a star cookie cutter and cheese slices. I had a moon cookie cutter, but the preschoolers were more into the star. My son and I tried this snack beforehand, and he used both.

After the toast was ready, the children added however many cheesy stars as they wanted. Then the taste-testing began.

What the kiddos thought
Despite their original trepidation, each child at least tried their special Pajama Day snack. A couple of the kids didn’t care for it, but most of the children did. A few were unhappy that we didn’t have enough bread to make seconds and thirds!

What would your kiddos think of this easy Pajama Day activity? Have you ever tried painted toast with them? For more ideas, be sure to check out Craftulate’s I Ain’t Gonna Paint No More painted toast snack, as well as Learn.Play.Imagine’s rainbow toast.