We use affiliate links and may earn commission from purchases made through those links.
Home / Uncategorized / Nature Crafts for Kids | Beaded Sticks

Nature crafts for kids seem to be a hit year-round, both with my preschoolers and my son! Here’s a super easy idea that lets kids be creative while getting some fine motor practice in. 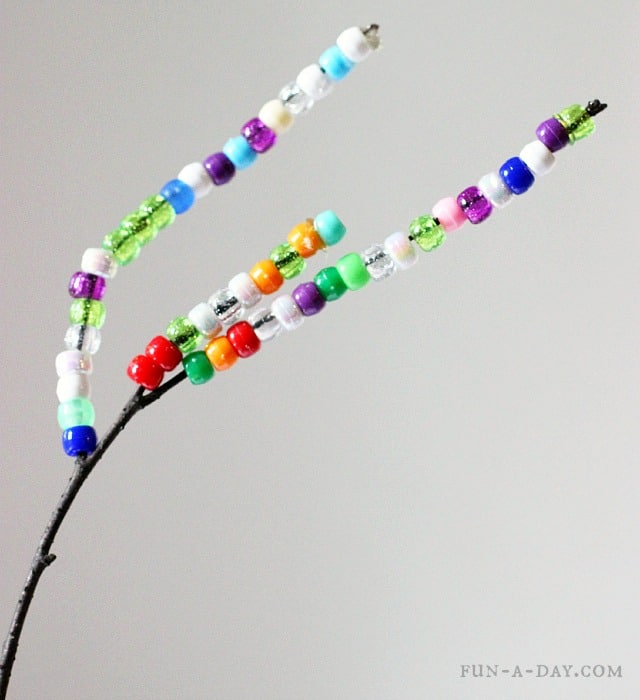 Directions
Get outside and gather some sticks together. My son and I grabbed a handful as we were returning home one afternoon. 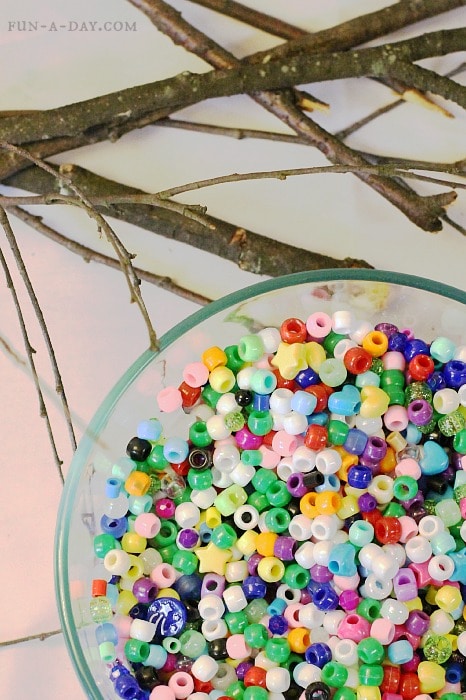 Gather assorted beads and set out on a table, along with the sticks and a glue gun (if you choose to use one). We have a huge stash of pony beads at home, all mixed together. We placed them into a bowl while waiting for the glue gun to heat up. I think beads with thicker holes work the best with the sticks. 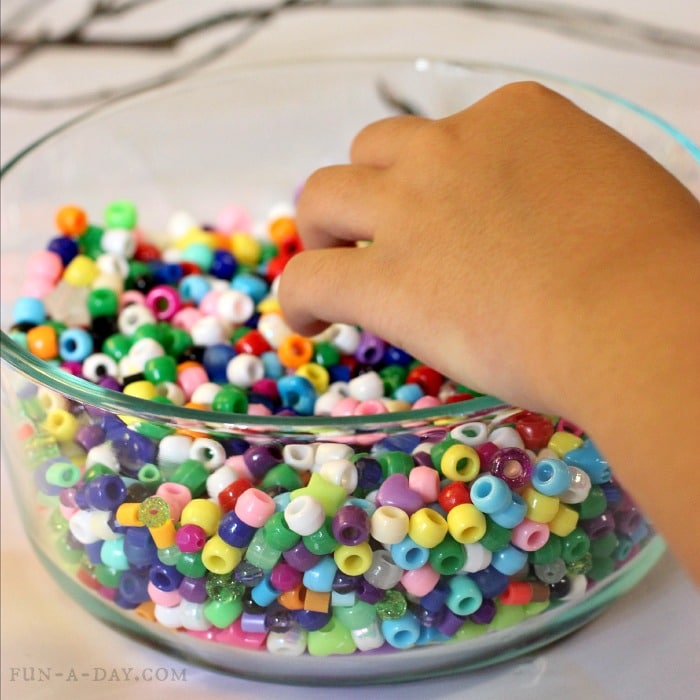 Prep the sticks for beading. Engineer and I pulled off pieces of the sticks that would get in the way of the beading process. We trimmed a few of the sticks with scissors, too. 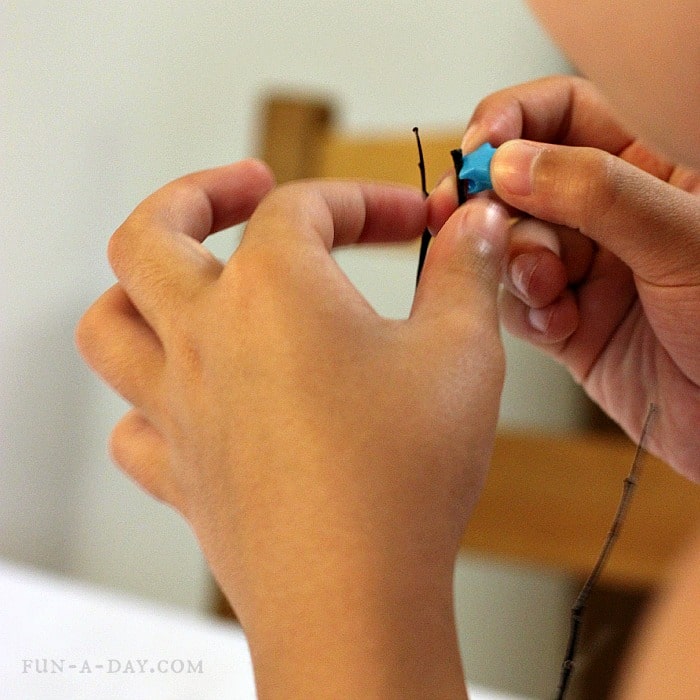 Get beading! We decided to make the beaded sticks super colorful, so we added the beads all willy-nilly. I’m sure some children would prefer to create patterns with the beads, while others might just want to choose certain colors. 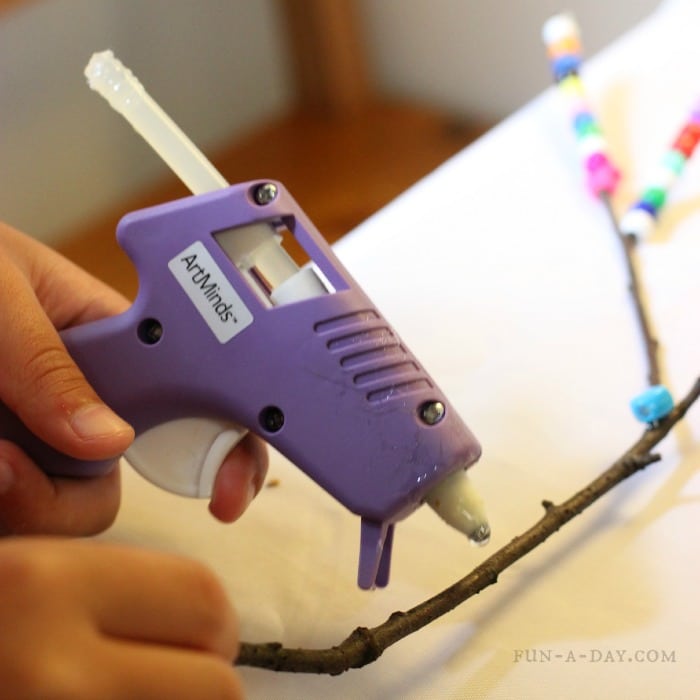 Engineer got a little annoyed that some parts of the sticks were too thick for threading the beads on. At that point, he realized the hot glue gun was out! He chose some of our “fancier” beads to glue to the larger area of the stick we were working on.

The learning
While this is one of the easier nature crafts for kids I’ve done, there are still many benefits. Kids get to practice their fine motor skills with the beading process. They can be creative and learn how to use a glue gun, as well! Math can be incorporated with making patterns of the beads or counting the beads. Science is easily brought in too – discuss what trees the sticks came from, the parts of trees, and even the development of trees. Additionally, it would be great to talk about why the sticks were found on the ground in the first place (in our case, it was due to some winds we had recently).

Creating with sticks and playdough by Mom Inspired Life