We use affiliate links and may earn commission from purchases made through those links.
Home / Science / Early Learning / Minecraft Activity | Building and Melting Icy “Blocks”

My son loves science, and he loves Minecraft. So we put the two together for an icy fun Minecraft activity perfect for the summer! Engineer ended up calling them Minecraft Ice Blocks, and he already has plans to make more. In fact, this whole activity was really his idea – I just have permission to document it! 🙂

Are you following my SCIENCE FOR KIDDOS Pinterest board? 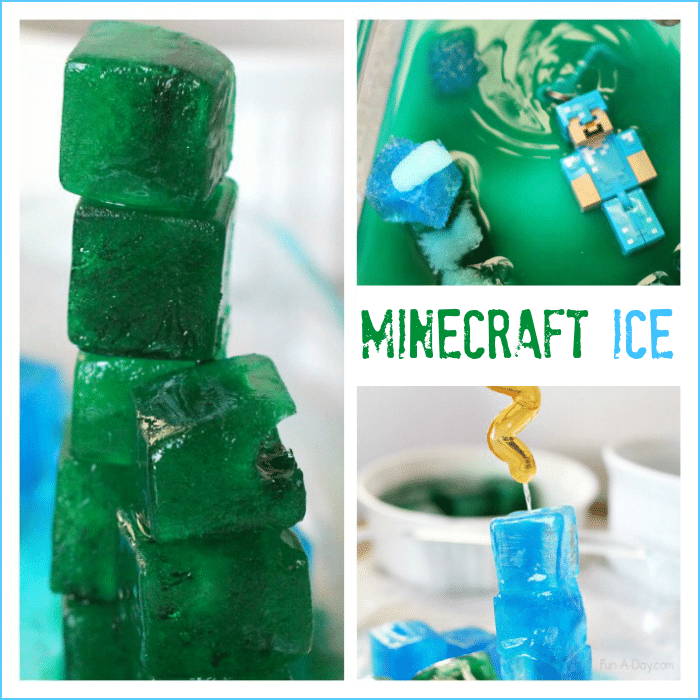 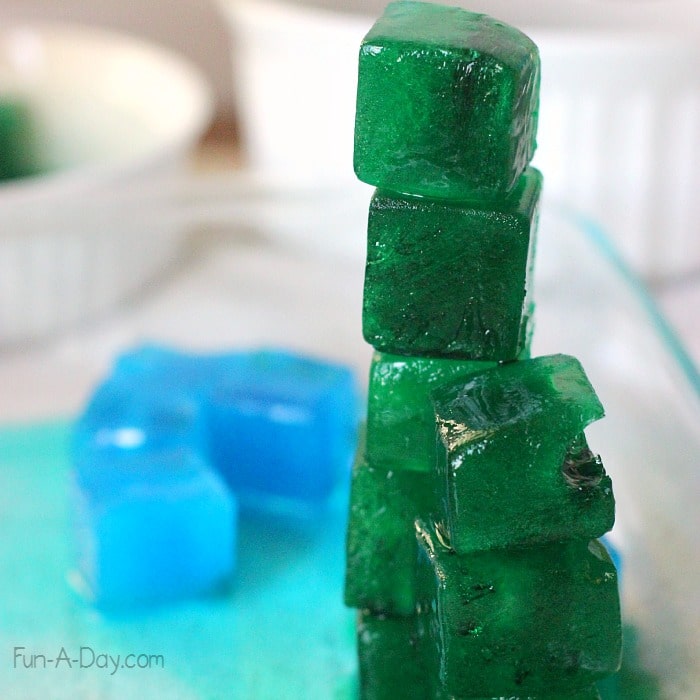 Prep
Engineer really wanted green and blue Minecraft blocks, so that’s what we made. We filled the square ice cube trays with water, then added a few drops of food coloring. Next time, we’re definitely using liquid watercolors (the food coloring dyed our fingers for a bit). Then we just had to wait for the ice to freeze. 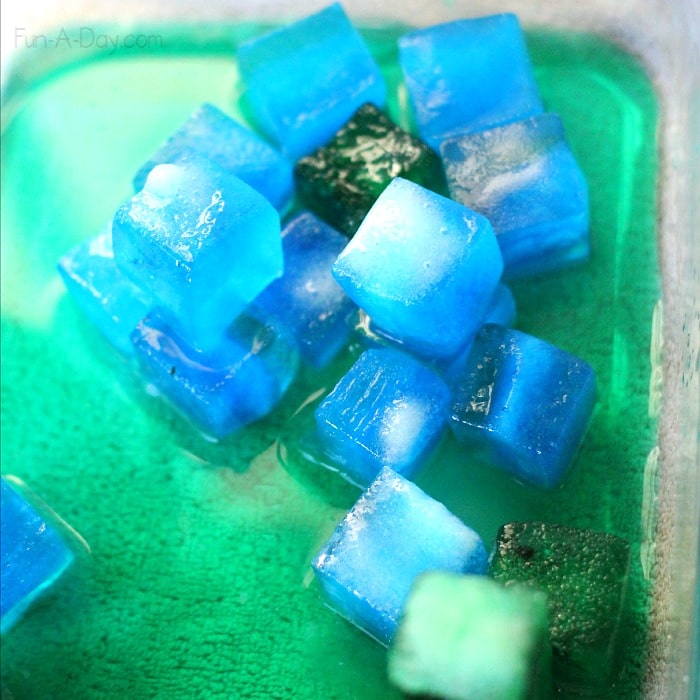 What the kiddo did
Once the ice was fully formed, the kiddo set up his Minecraft activity. I was allowed to assist! 🙂 We took the blocks out of the trays and placed them in bowls.

Then Engineer began building with the ice cubes. For a while, he was focused on arranging and rearranging the blocks in different patterns. He then moved on to creating towers and walls with the blocks. He determined adding a little bit of water as “glue” helped the blocks stick together. 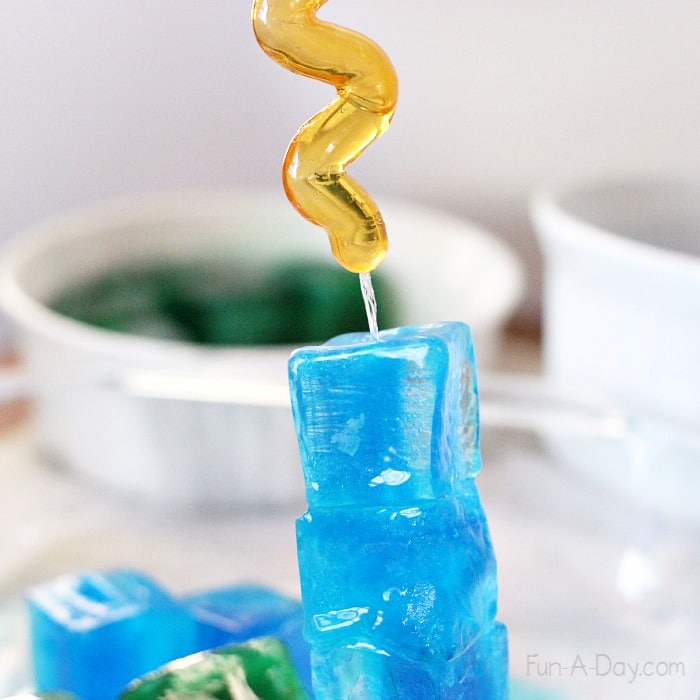 After he was done with building with the icy blocks, Engineer decided to try melting them. He grabbed some salt, a spoon, and a squiggly eye dropper. He had fun telling me silly stories as he melted the ice cubes. He even decided to add a Minecraft toy to the fray. He especially loved watching the salt melt the ice, as the salt made some fun striations in the ice. 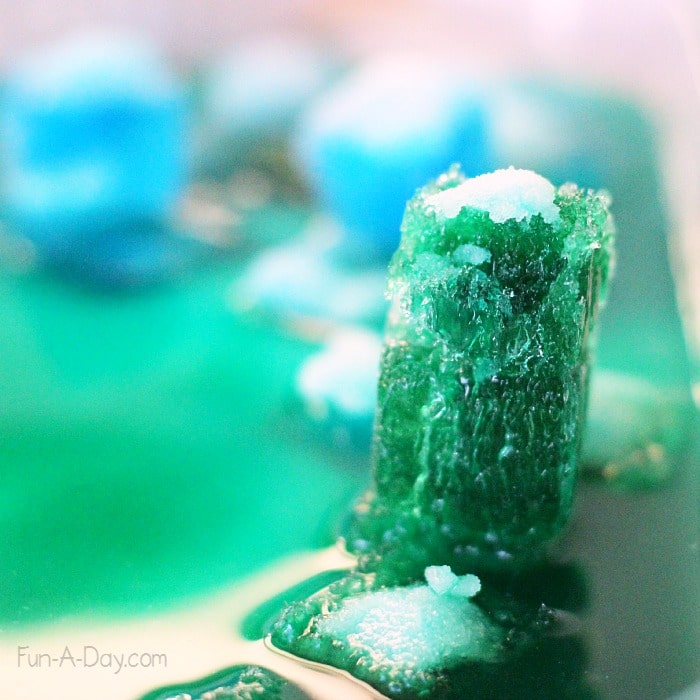 Needless to say, this Minecraft activity was a hit with my son. I loved that he came up with it on his own and was in charge of it from start to finish. As we were talking during the activity, he even came up with a few more science experiments he’d like to try soon! 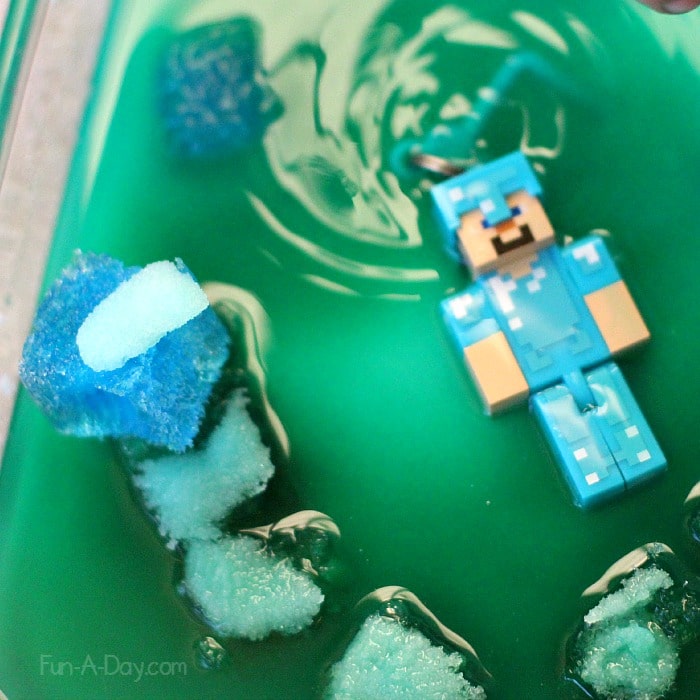 Would your children like this icy Minecraft science? If you’re looking for more water-based learning activities, be sure to check out our #PLAYfulpreschool water theme! 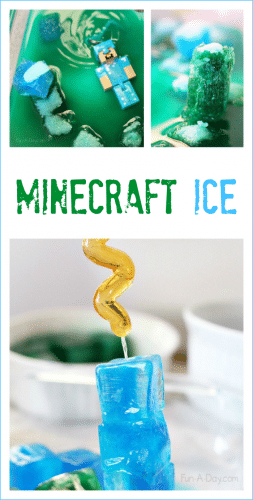