We use affiliate links and may earn commission from purchases made through those links.
Home / Early Learning / Science / Frozen Dinosaur Excavation for Kids

I have done this frozen dinosaur activity countless times with my students over the year!  My son and I have also excavated dinosaurs many times together.  It’s a classic activity that never fails to keep the kiddos engaged and excited about learning.  During one of our preschool summer camps, we even added a little “twist”! 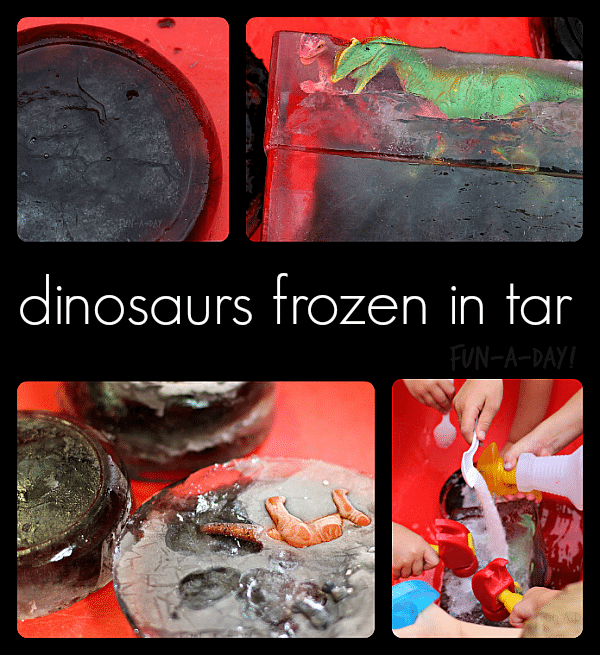 setting up the frozen dinosaur activity

I grabbed plastic dinosaurs of varying sizes and placed them into different containers.  I added water next, along with a splash of black liquid watercolors.  My summer camp co-teacher suggested that the dinosaurs could be frozen in tar, thus the “need” for the black paint.  Everything went into the freezer overnight. 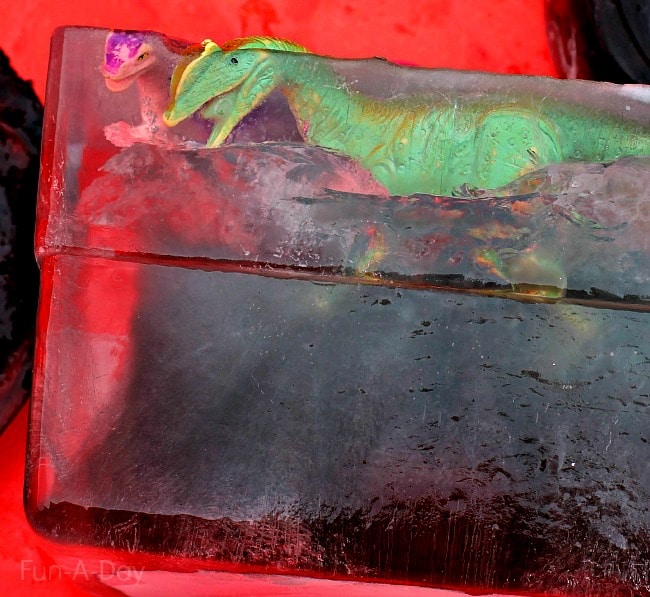 The following morning, I grabbed everything out of the freezer.  It took a little bit of work, but I was able to remove every frozen dinosaur from the containers.  The blocks of frozen “tar” were placed into a few different sensory bins, along with hammers (wooden, plastic, and real), salt, water, and squirt bottles. 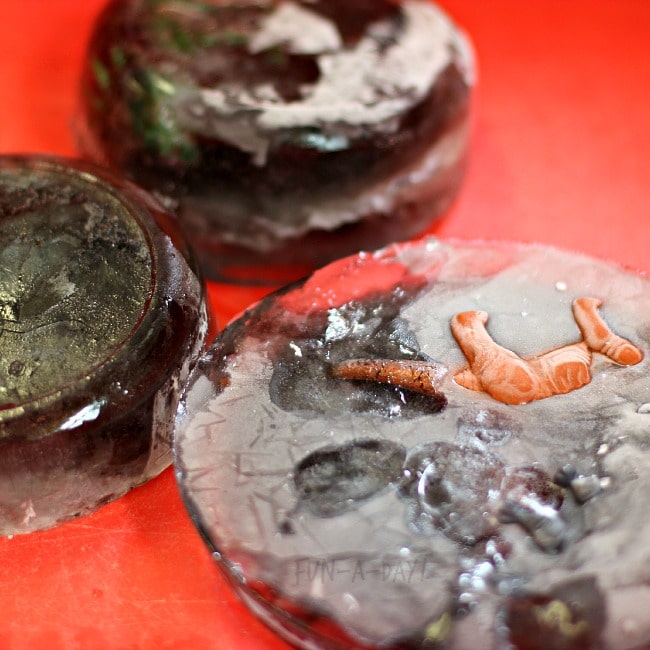 how the kiddos played

The kiddos wanted to know what was going on right away, so we explained about the dinosaurs stuck in tar.  They were encouraged to act like paleontologists and free each frozen dinosaur from its confines! 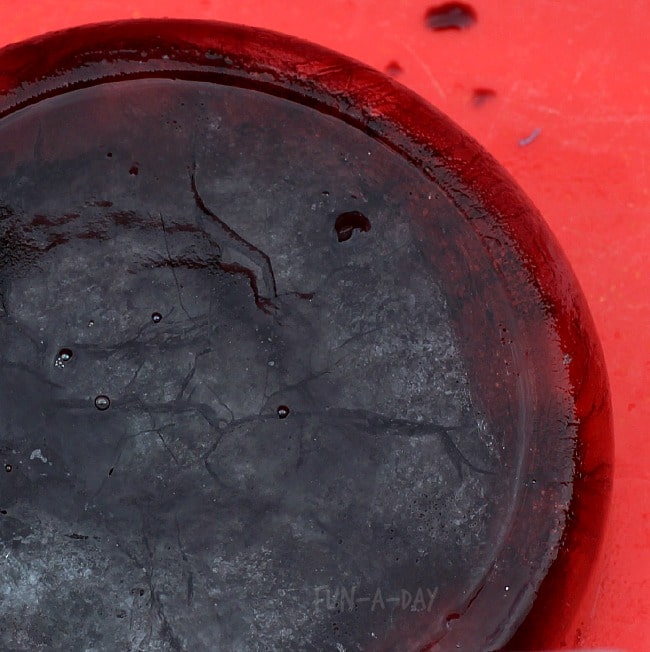 The boys and girls set about their task with great enthusiasm! When they first observed the frozen tar, some kids weren’t able to see the dinosaurs.  Some of the older children exclaimed, “It’s like they’re camouflaged!” The black watercolors really added a sense of mystery to this classic activity – a different level of fun for the kids. 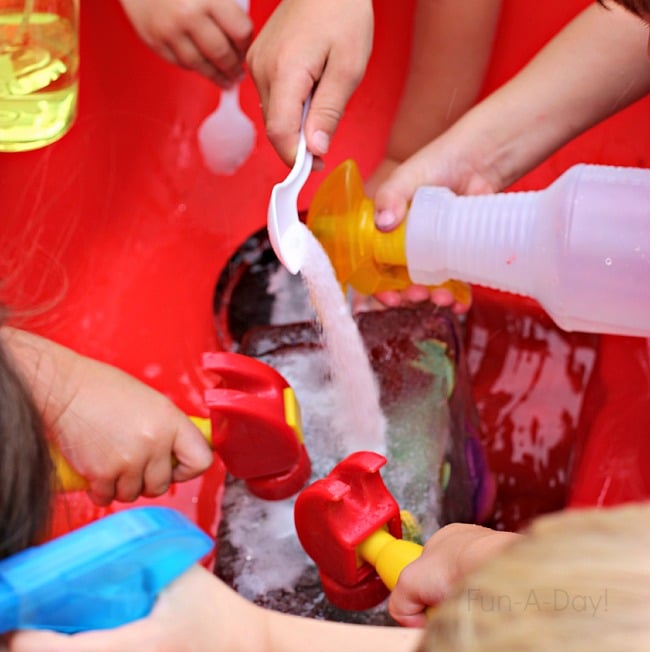 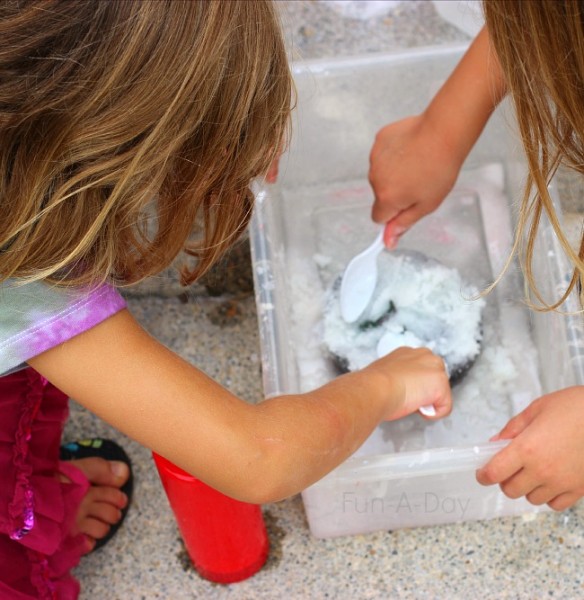 what did they learn?

Here are just a few things the kiddos learned with this activity:

Have you ever tried this frozen dinosaur activity with your kids/students?  How’d it go?