We use affiliate links and may earn commission from purchases made through those links.
Home / Early Learning / Elkonin Boxes Using KORXX Cork Building Blocks

Elkonin boxes are a very useful tool when teaching children about phonological and phonemic awareness. On top of that, they’re a great way to help early writers as they delve into writing beginning words. Today I want to share a way to make Elkonin boxes even more tactile for the kiddos. 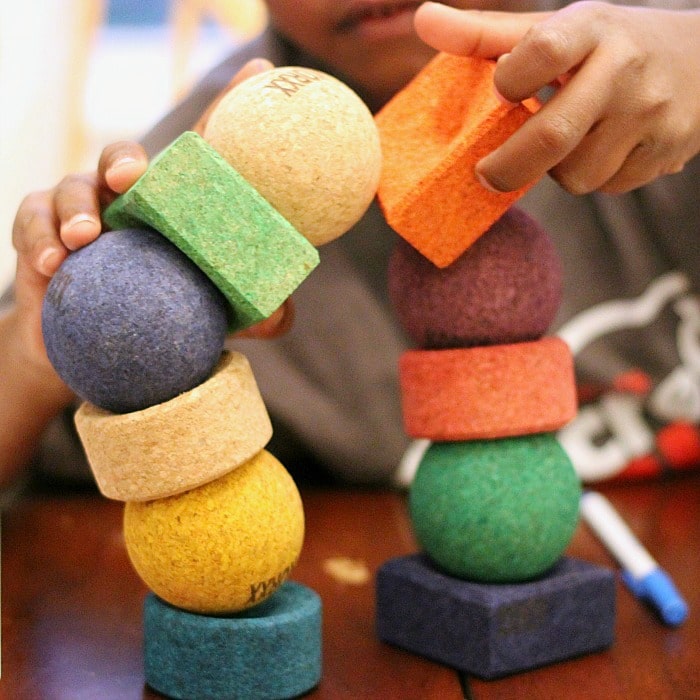 Of course, before we used them for literacy we had to explore building with them!

This post is sponsored by KORXX, a brand I adore working with. As always, my opinions, ideas, and excitement are all my own. Affiliate links are included.

What exactly are Elkonin boxes? 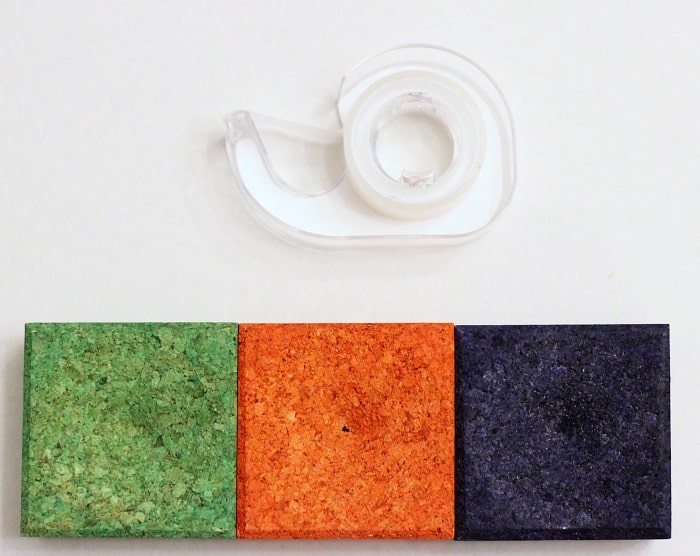 Usually, the boxes are printed out or drawn on paper. Then children can slide a counter of some kind into each box as they say or hear a sound. This allows the kids to see a visual representation of phonemes, and it also adds a kinesthetic aspect.

Changing up this activity to include KORXX blocks adds yet another dimension to the learning. Since the cork building blocks have a distinctive feel and texture, the sense of touch is added. The blocks are light, but there’s still a different weight to them that is added to this early literacy activity. Kids need to use their senses and their bodies as they learn, and integrating the KORXX with the Elkonin boxes really does that.

For this particular activity, we used KORXX’s Limbo C set. I felt that the nesting squares and circles made for great three-dimensional Elkonin boxes, with the spheres acting as counters. Our Brickle set would work great with printable boxes, too, I think!

Before using the boxes with written language, they should be used with oral language only. Grab some pictures or items to represent the words you will use. Place the appropriate amount of KORXX blocks out – one for each phoneme. I’d suggest starting with two phoneme words if possible, like ‘ice’, ‘egg’, or ‘bee’. Show the child the picture and have her say the word. Model how to say the word slowly while moving a KORXX sphere into its nesting block with each sound. Then let the child do the same thing. Move onto words with three or four phonemes next. 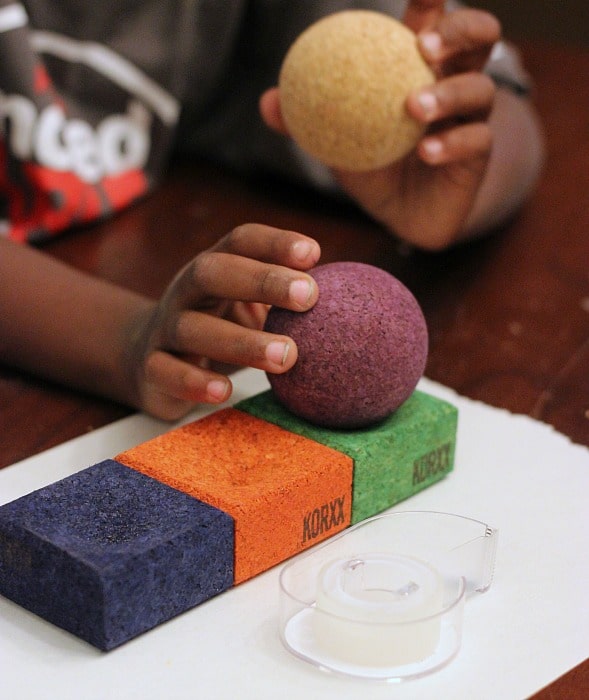 Keep in mind, this phonemic awareness activity doesn’t need to take too long. Spend about five to ten minutes on it at first, unless the child wants to continue. Then come back the next day and do the activity again.

Once the kiddos are adept using the boxes for oral language, show them how to incorporate this into their writing. This is most applicable to those children who have moved past the dictation-only stage and are writing phonetically. If they want to write “dog”, but they aren’t sure about how to write cat, bring out the hands-on Elkonin boxes! 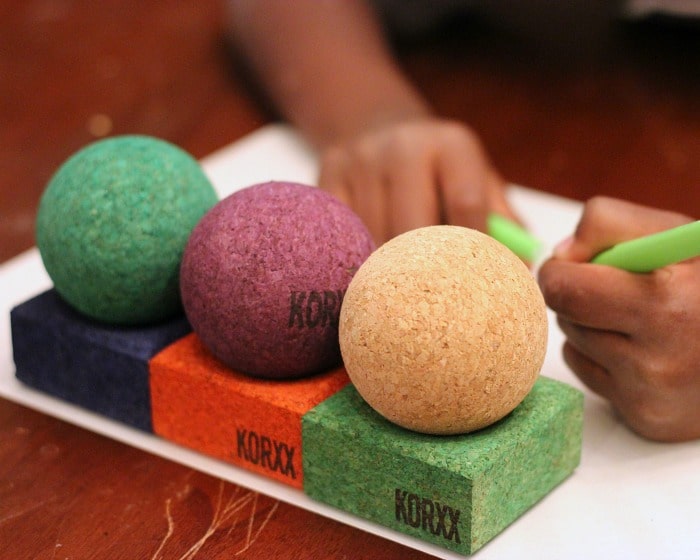 Say the word ‘dog’ slowly, explaining that there are three sounds in that word. Set out three nesting blocks, one for each sound. Have the child grab a cork sphere and say the first sound /d/, and then place the sphere into the first nesting block. Ask him what letter says /d/ and encourage him to write the letter he hears. Move onto the next sound and do the same thing – “We have /d/, and now we’re on /o/. What letter makes the /o/ sound? Write down the letter you hear.” Then move onto the last sound /gt/. Once all three sounds have been touched on, go back and put the sounds together with the child. “We broke the word ‘dog’ down into each of it’s sounds! /d/ – /o/ – /g/. Dog!” 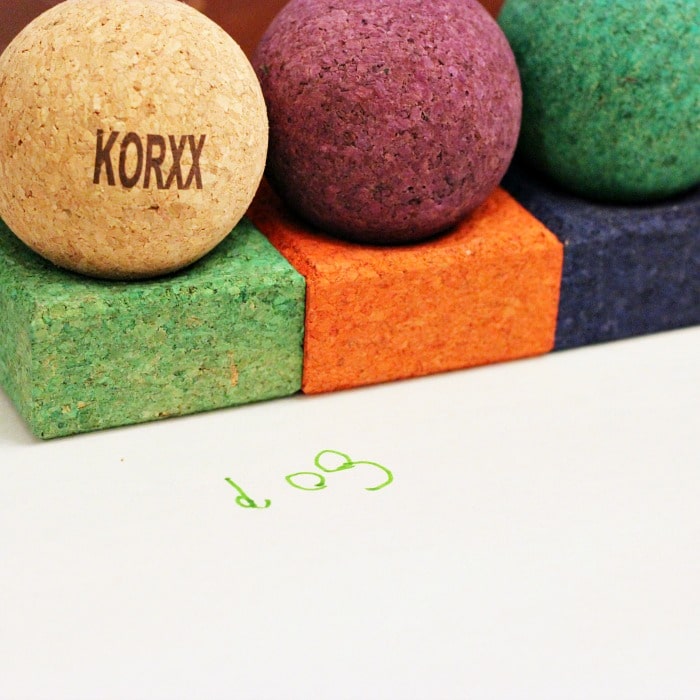 Be sure to pop over and see even more ideas for using KORXX cork building blocks at home and in the classroom. Have you tried them? They are gorgeous, light, and I love the texture of the blocks. Most of all, I love that we call them our “quiet blocks” because they’re . . . well, quiet! On top of that, they’re made in a sustainable way, and they meet high standards for safety around kids of all ages.

Simple Addition Activity with KORXX Blocks from Stir the Wonder

Quiet Bowling Activity for Kids with KORXX Blocks from Lalymom

Playing with Circumference from How Wee Learn 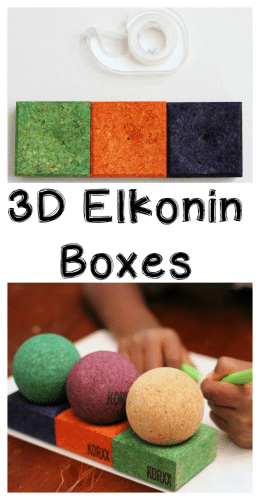