We use affiliate links and may earn commission from purchases made through those links.
Home / Early Learning / Math / Make Way for Ducklings Preschool Number Game

Have you ever read Make Way for Ducklings with your kiddos? I have found memories of reading it when I was younger, and then reading it again (and again and again!) now that I have a kiddo of my own. So I was pretty excited this book was chosen for the third Book Club Play Date spotlight! For my part, I’m sharing a simple preschool number game to play after reading the book. 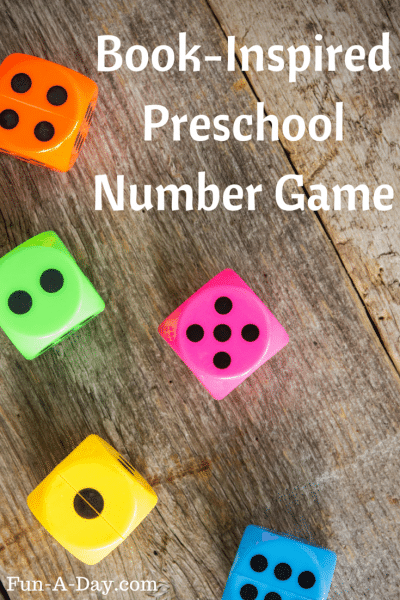 As I’ve already mentioned, this is a simple game but it’s loads of fun and stuffed to the gills with learning. Here’s how you play –

Print out a free copy HERE. If the kiddos want to color in their dice games, I’d suggest going with the black-and-white version. There’s also a colorful version that can be laminated and used over (and over and over)!

The game is usually played with two children, but more can help out too! Each child picks her own color crayon, then the game begins. Player 1 rolls a die, determines the number of dots (via pattern recognition or counting), locates the appropriate numeral on the paper, and then colors in that number. Next, it’s on to player 2. The game goes on like this until the whole paper is covered. Whoever colored in the most numbers can take home the paper. 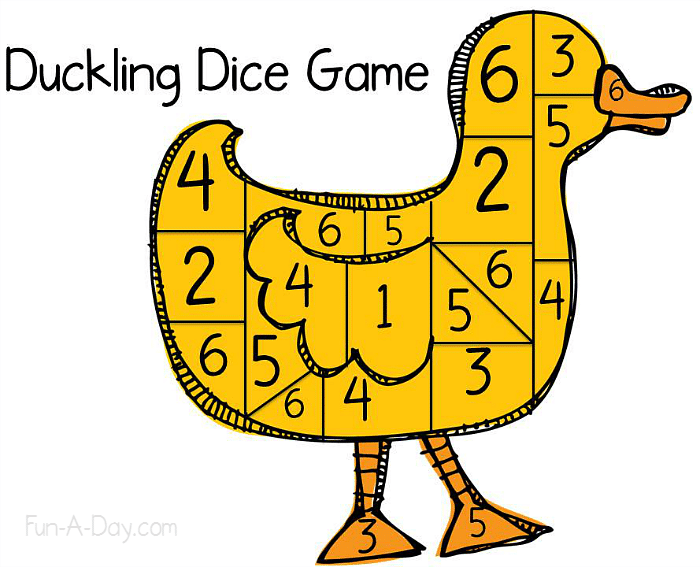 Of course, there are other ways to play: 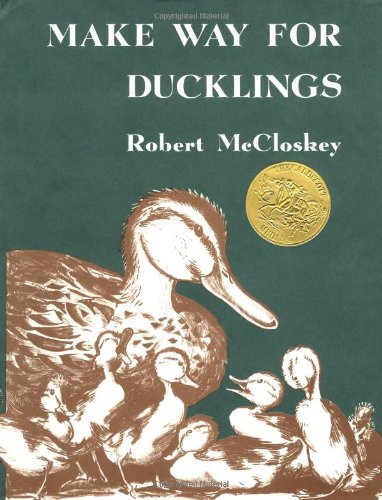 why a preschool number game?

If you’re a regular Fun-A-Day reader, you know I love sharing dice games I’ve made for (and played with) the kiddos. I’ve found that children of all ages just love games that involve dice. I don’t know if it’s because you get to toss the dice, or if dice just remind kids that learning can be a game. No matter what, an easy preschool number game is almost always a hit (and not just with preschoolers)!

Here are some of the learning that can take place with an easy-peasy game like our Duckling Dice Game:

Not to shabby for something that looks like a duck and makes you smile! 😉 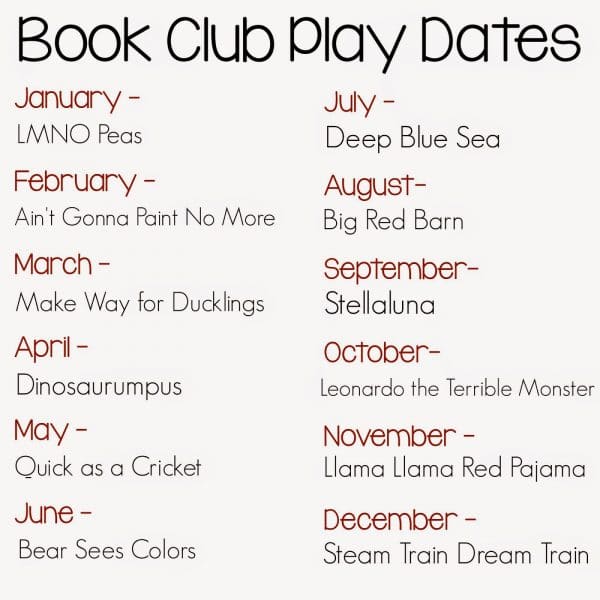 Be sure to check out the rest of the Make Way for Ducklings awesomeness from my Book Club Play Date peeps: